In what seems to be a one of a kind film, RRR is getting a lot of attention and rightly so, courtesy, its ensemble cast. Bringing together Bollywood and South industry, the film features an enviable cast of Junior NTR, Ram Charan and Alia Bhatt and Ajay Devgn are the recent additions to it. The SS Rajamouli film which has already completed a major portion in Hyderabad is all set to take off to the next location and it is in Gujarat! Here’s the proof of the same. 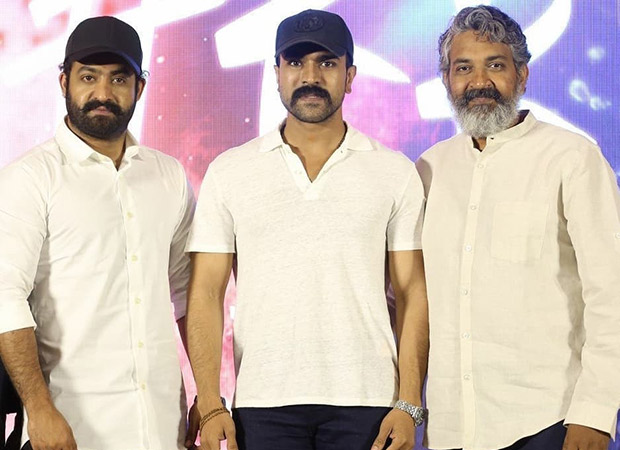 Junior NTR, Ram Charan and SS Rajamouli take off to Gujarat for RRR and here’s the proof!

It seems that the team of RRR has taken off to Vadodara to continue with the shoot of the film. In fact, confirming the details, Junior NTR took to Instagram to share pictures of the Indigo air tickets for Vadodara. “Off to a flying start! Big schedule ahead. #EarlyMorningFlights #RRR,” he said in his post.

Off to a flying start! Big schedule ahead. #EarlyMorningFlights #RRR

Just earlier this week, it was reported that Alia Bhatt had flown to Delhi for the shoot of the film.  Readers would be aware that Ram Charan and Junior NTR will be playing the role or real life patriots Alluri Seetharama Raju and Komaram Bheem respectively. The film is set against the pre Independence era and expected to be as grand as Baahubali. While it is a fictional account of what may have transpired in the lives of the two freedom fighters after they disappeared, let us tell you that many of the incidents in the protagonists’ lives are also real.

Ajay Devgn is expected to do a short but powerful cameo as a North Indian freedom fighter in the film. The film is also expected to boast of some high adrenaline pumping stunts and will see the two heroes completely in action. RRR is expected to hit the theatres on July 30, 2020.

Also Read: Alia Bhatt kick starts Rajamouli’s RRR with a schedule in Delhi (All details inside)