Jonas Brothers are kick-starting the new year with a nostalgia-filled music video, ‘What A Man Gotta Do’. The concept of the video is inspired by classics from the past. The song was launched on Friday. 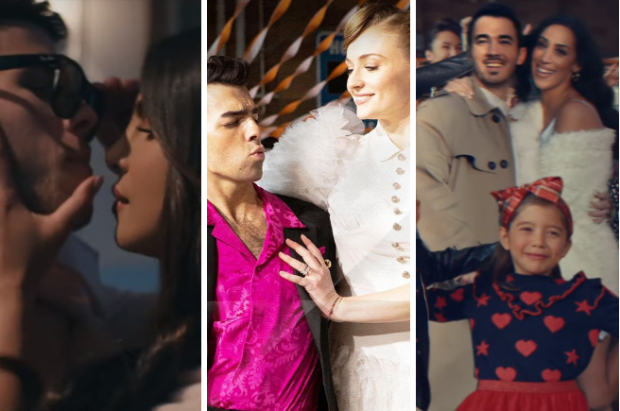 Nick Jonas and Priyanka Chopra recreate the iconic Tom Cruise’s Risky Business scene where they groove to the music in a white shirt and socks. On the other side, Joe Jonas and Sophie Turner turn Danny Zuko and Sandy Olsson from Grease as they recreate some of the classic moves from the 1978 movie. Kevin Jonas and Danielle Jonas, who recently celebrated their 10th wedding anniversary, recreate John Cusack and Ione Skye’s love story from Say Anything.

The music video is filled with the late 70s and 80s vibe. This is the second time the wives have featured in Jonas Brothers’ music video. It was last year when all three of them starred in their comeback title track ‘Sucker’.

‘What A Man Gotta Do’ is the first single Jonas Brothers have released this year before heading to the next leg of their tour.