Film and Television shoot had come to a complete halt in mid-March, a week before the nationwide lockdown was announced. The shoot and release of several films got delayed because of the lockdown which was imposed because of increasing cases of coronavirus in India. However, with the government easing the lockdown, filmmakers are now looking to resume work. 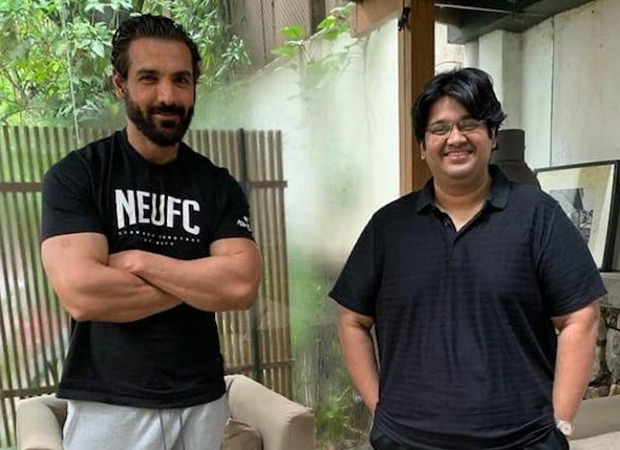 Filmmaker Milap Zaveri was supposed to start shooting of Satyameva Jayate 2 with John Abraham and Divya Khosla Kumar from April 10, 2020. After three months, Milap Zaveri has finally reunited with his lead actor John Abraham and started work on Satyameva Jayate 2. Sharing pictures from their meet, Milap wrote, “Reunited with my Hulk, my Hero, my Ram, @thejohnabraham after 3 months! ❤️???? #SatyamevaJayate2 on the way!”

In 2019, John unveiled the first poster of the film, in which he is seen fiercely tearing off his shirt to reveal an Indian flag.  Satyameva Jayate 2 is set for October 2, 2020 release.