While the competition is getting tougher with each passing episode on Colors’ popular celebrity dance reality show Jhalak Dikhhla Jaa 10, celebrities are trying their level best to give one thought-provoking performance after another. Known for his dancing skills, Nishant Bhat seems to have won hearts yet again with his performance in the recent episode and it earned him appreciation from the judges Madhuri Dixit, Terence Lewis, and also Mili actress Janhvi Kapoor. 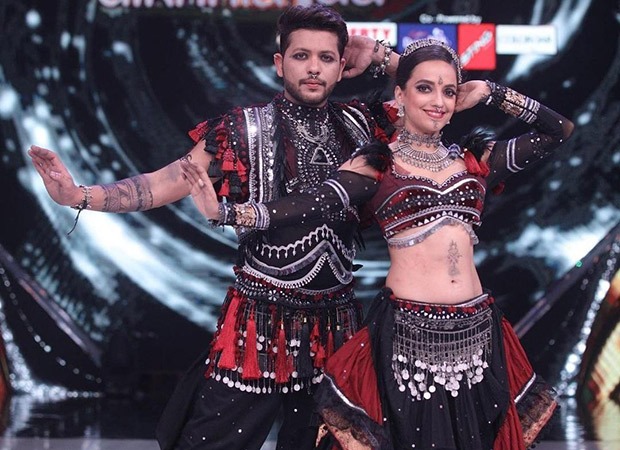 In the latest episode of Jhalak Dikhhla Jaa 10, Nishant Bhat and his partner Anuradha performed belly dancing on the hit song ‘Dholi Taro Dhol Baaje’ from the film Hum Dil De Chuke Sanam (1999). As expected, the performance touched the hearts of everyone present on the sets, including judges Terence Lewis and Madhuri Dixit. Terence, who is a renowned choreographer, was incredibly moved by Nishant’s act and said, “Nishant, this is emotional for me. You are from our community. You have proved that when choreographers get on the stage, then everyone is on one side and you are on the other. Belly dancing suits women, but you have kept the masculinity. Well done! That slow-motion was a killer one.”

Madhuri Dixit found Nishant’s performance “brilliant.” She said, “Nishant, you were so good. You are an example for the world that much can happen with dance. You proved it is amazing what you have done today was on another level. It was a brilliant performance.”

Janhvi Kapoor, who came on the show to promote her forthcoming film Mili, said, “Belly dancing depends on timing. You have done it so beautifully and with power, it’s unbelievable. I want to learn this from you.”

When it comes to scores, Nishant got 10 marks from Terence and 10 from Madhuri as well, taking his total to 20 marks. Jhalak Dikhhla Jaa 10 airs on Colors channel during weekends.