Not too long ago we had reported that Saif Ali Khan and Taimur Ali Khan are off on a vacation. Interestingly, the dad-son duo is currently in Maldives, spending time with each other without Kareena Kapoor Khan and Jehangir Ali Khan. It seems that Saif and Taimur took off on a spontaneous vacation since Kareena is currently not in the city owing to work commitments. 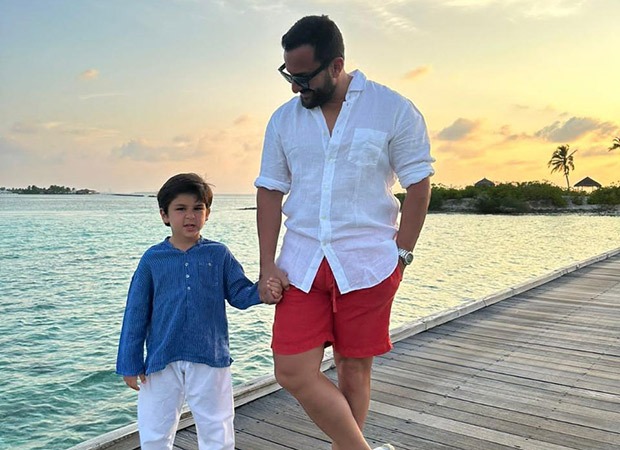 Just a couple of weeks ago, Saif Ali Khan confessed during a show that he learnt how to equally divide roles between partners because of his mother. The father, often stays back at home with the kids, when the mother aka Kareena Kapoor Khan is not in the city for work. Earlier this week, Kareena, who was in Mumbai to celebrate the Diwali festivities with her family, returned to London to complete the shoot on Hansal Mehta’s next and has taken off to the England capital with her younger son Jehangir Ali Khan. Taking this time off and away from the hustle-bustle of the city, the other Khans from the family, Saif and Taimur decided to spend some father-son time away in an island in Maldives.

Just a few hours ago, it was reported that the two of them are having a gala time engaging in different activities like cooking and even yachting together. Now we caught a glimpse of some more photos from their fun family vacay. In one of the photos we can also see little Taimur trying to play guitar, which interestingly, Saif is quite well-versed in. 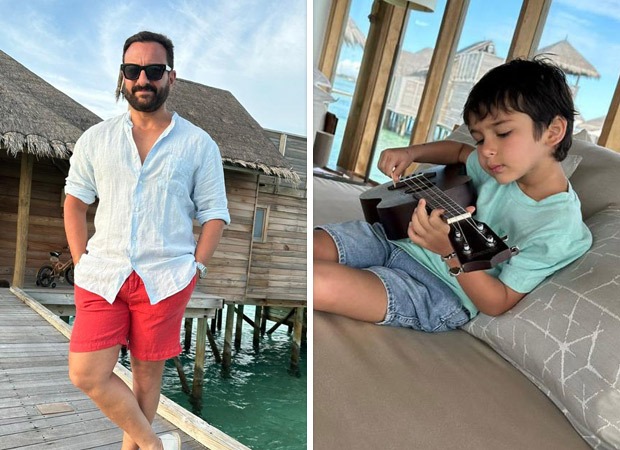 Meanwhile, talking about films, the Saif Ali Khan, who was last seen in Vikram Vedha, will next feature in Om Raut’s Adipurush. The film is currently in the pipeline for release. While the actor plays the role of Lankeshwar, it features Prabhas and Kriti Sanon in lead roles. On the other hand, his wife Kareena Kapoor Khan is shooting for Hansal Mehta’s next in London currently.