Janhvi Kapoor is a busy bee while travelling from one place to another. The newbie actress is currently in Singapore with Khushi Kapoor to celebrate the 26th birthday of elder sister Anshula Kapoor. Meanwhile, she bumped into Union Textile Minister Smriti Irani, and managed to annoy her. 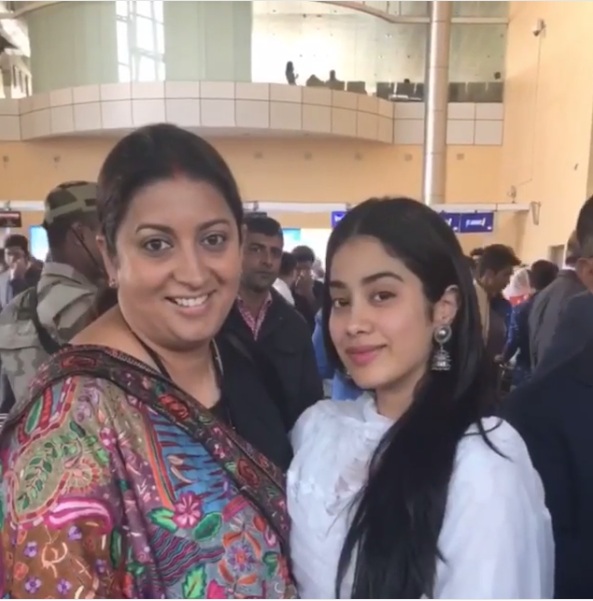 Smriti Irani shared a hilarious post with a boomerang video where she mentioned how their first meeting went. Janhvi kept calling her aunty and ended up apologizing several times. "The someone shoot me’ moment —When #jahnvikapoor sweetly apologises for continuously calling you aunty & you say “koi baat nahi beta “ #totalsiyapa ye Aaj kal ke bachche #auntykiskobola,” she wrote.

After making debut with Dhadak, Janhvi Kapoor is part of some of the biggest films next year including Karan Johar‘s Takht & the Gunjan Saxena biopic with other interesting announcements in the pipeline.

"I wish for a more inclusive society," says…