Sidharth Malhotra and Parineeti Chopra will be reuniting in the upcoming film, Jabariya Jodi. The film is based on Bihar where the groom is kidnapped to avoid dowry. The trailer was unveiled on July 1 and the quirky film definitely looks interesting. One can also hear the recreation of the Punjabi track, ‘Thekeyan Te Nit Khadke’ in the trailer. This film marks the reunion of the actors after their 2014 film, Hasee Toh Phasee. 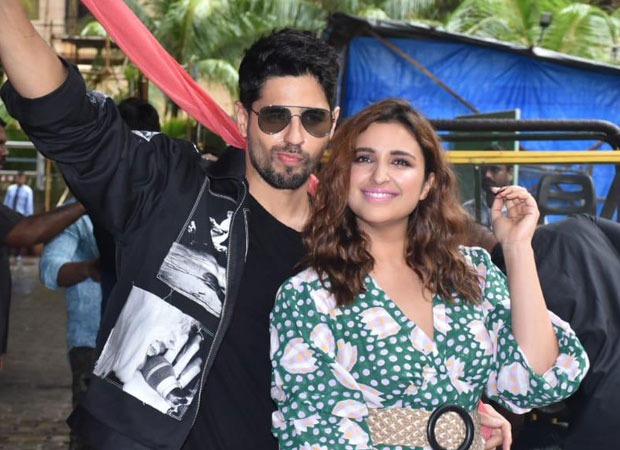 During the trailer, when asked how was it reuniting with Sidharth Malhotra after five years, Parineeti Chopra said, “Sid and I got a lot of love as a pair for Hasee Toh Phasee so, while we used to talk about working together again, we did not go for those films because we wanted to do something extremely different from Hasee Toh Phasee. We wanted to do a love story, a story with that kind of chemistry but in a different world. When this film came, Sid called me and said we should do this film and I should talk to Ekta. I was just scared that the film shouldn’t be in that space (of Hasee Toh Phasee). But it was completely different. So, I was excited that if I was coming back with Sid after five years, it should be with this film."

She said that, while on Hasee Toh Phasee, they had to bring on their chemistry, in Jabariya Jodi they could explore their chemistry since there was an understanding. “I had a lot of fun with Sid in this film because, in Hasee Toh Phasee, we both were new. It was his second film I think and it was my third or fourth film. We were still getting to know each other and getting to know films. The director of that film used to tell us ‘Bring in some chemistry. I want to see the love in your eyes,’. But in this film, we are kind of equals and also against each other. So it was a different kind of love, the chemistry that I got to explore with him.”

Sidharth Malhotra talked about the flavour of the dialogues which are penned by Raaj Shaandilyaa. “It’s a relatable story to which we have given a comical turn. This is a love story which both of us (Parineeti and I) haven’t done before. People will enjoy this even more than Hasee Toh Phasee. The kind of flavour that we have brought to the story and the dialogues, you wouldn’t have heard such relevant and funny dialogues,” the actor said.

Since the story talks about kidnapping grooms for the marriage, Parineeti Chopra said that they are not trying to lecture anybody with the story. “We are not giving any serious lecture or message through this film. We are just showing you that such a thing happens in India. Because we love watching comedies, we have given it a comical spin,” Parineeti Chopra said at the trailer launch.

Apart from that, the film also stars the varied powerhouses of talent such as Javed Jaffrey, Aparshakti Khurana, Ruslaan Mumtaz, Sheeba Chaddha, Chandan Roy Sanyal and Arfi Lamba. Produced by Ekta Kapoor, under the banner Balaji Motion Pictures, Jabariya Jodi is directed by Prashant Singh and is all set to hit the theatres on August 2, 2019.

ALSO READ: Ahead of the trailer release, Parineeti Chopra shares a vibrant still from Jabariya Jodi

BTS' Dynamite - The sparks spread across…