Priyanka Chopra is currently in Los Angeles with her husband Nick Jonas and family. The beautiful Hollywood hub has become her third home after Mumbai and New York. Currently, she is filming her YouTube Original travel series, If I Could You Just One Thing in LA. Amid work and newly married life, the actress is spending quality time with her in-laws and would be in-laws. The to-be sisters-in-law, Priyanka and Sophie Turner have become great pals. 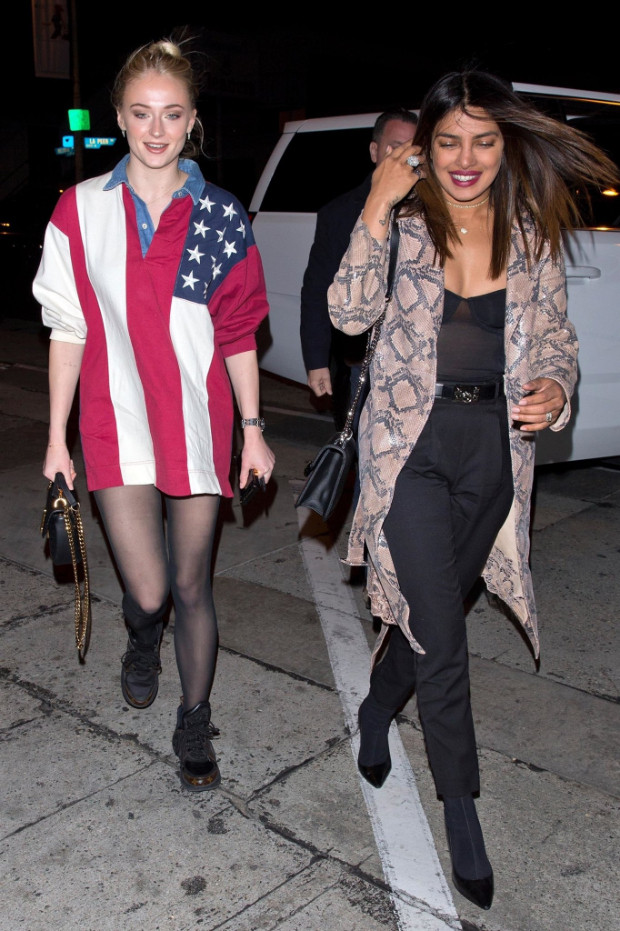 Last night, Priyanka Chopra and Sophie Turner looked pretty stylish in their uber chic outfits as they headed to a restaurant in West Hollywood. Priyanka looked elegant in a black semi-sheer top paired up with trousers and a long printed overcoat. Sophie kept it pretty trendy in a US print red and white shirt dress paired up with black stockings and boots. They were all smiles when paparazzi caught them together on Monday night. 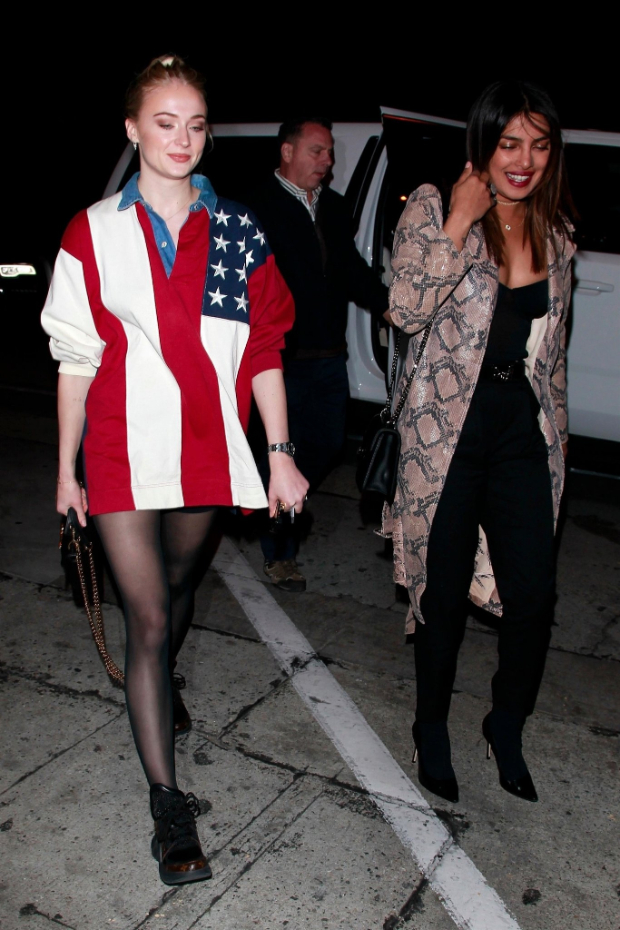 Over the one-year, Priyanka and Sophie have become great gal pals. Priyanka calls themselves the 'J sisters' as she married Nick Jonas and Sophie is engaged to Nick's older brother Joe Jonas. The Game Of Thrones was even a part of PeeCee's bachelorette and the grand Jodhpur wedding. 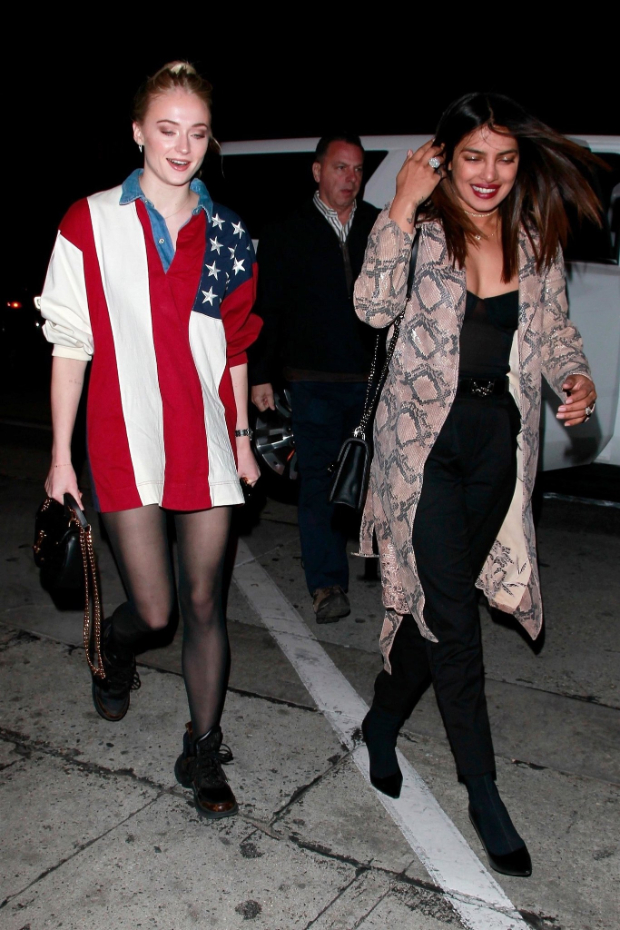 Meanwhile, on the work front, Priyanka Chopra will be seen in Hollywood romantic comedy Isn't It Romantic. The film stars Rebel Wilson, Liam Hemsworth and Adam Devine. It is set for February 13, 2019 release.

ALSO READ: Priyanka Chopra gets Crazy Rich Asians star and rapper Awkwafina for her Youtube show If I Could Tell You Just One Thing