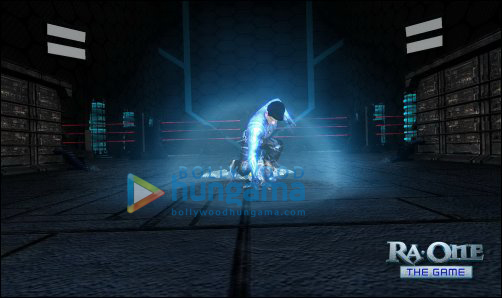 Ra.One continues to surprise the Indian audience with new innovations on a continued basis. Red Chillies Entertainment has declared a tie-up with Sony Computer Entertainment Europe (SCEE) to build a full cycle game on PlayStation platform. The video game version of the movie will be called Ra. One - The Game and will be available on PS2 and PS3 (through PSN download).


This is a newer direction for Bollywood to create a win-win strategy of both promoting the film as well as create a brand extension strategy for Ra.One. The film, with its superhero touches, is appropriate to seamlessly use the PlayStation platform and connect with the Indian youth.


Speaking on the game, Shah Rukh Khan said, "It has been a dream since childhood to be somehow involved in videogame designing or making them as all kids dream of. So now many years down the line the dream is fulfilled! Double pleasure gaming and movies....Ra.One on PS 2 & PS3...feeling like a kid all over. Hope everyone enjoys the game and also the movie. The game is awesome fun...G.One looks cool...so does Ra.One and Kareena in an avatar which everyone will enjoy....too thrilled. Finally can play a game...be a gamer and the game itself...YAY!!!"

Red Chillies Entertainment recognizes the importance of the gaming route to connect with the Indian audience and has been involved in the pre-production stage. To maintain closeness of the game storyline with that of the film, it has been actually written by Red Chillies team and Shah Rukh Khan in particular.


Ra.One- The Game will be published by SCEE and will be released in Sep'11 before the film release. SCEE is committed to a certain high decibel launch of the game and will establish creatively the key characters of the film through the game itself. This is an innovative business model of almost using the game launch (in addition to the music launch) to create a high level of excitement and expectation for Ra.One as the film.


Elaborateness of a PlayStation game has been a key decision factor behind Red Chillies Entertainment looking at the tie-up. Ra.One- The Game has seen a development cycle of about a year and will be a very welcome contrast to the low budget, transactional mini games that appear on the internet or the mobile platforms to promote various films.