From the past few months the debate of insider vs outsider. Irrfan Khan's wife Sutapa Sikdar  recently took to social media and weighed in her opinion on the same. 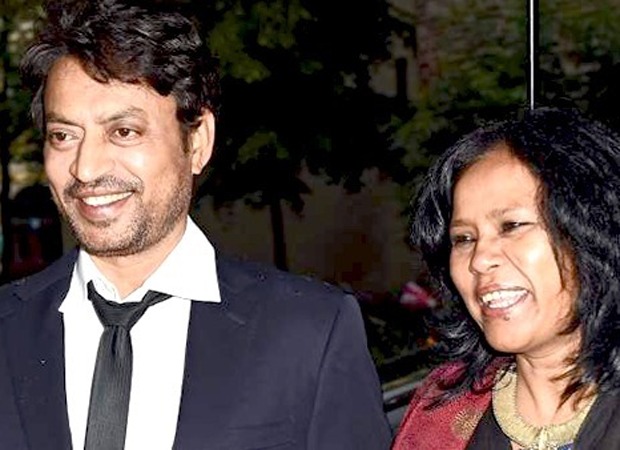 "Stop this! This inside outside theories it works only in design journals. Don’t narrow the concept of oneness  if one would take the regionalism so strongly  you become a frog in a small pond..because I look at many sadhus spiritualist coming from every region but finding solace in Himalayas ..who owns Himalayas?," she wrote.

Giving the example of her husband and late actor, she said that he never gossiped or bad mouthed about others. "If you consider your work a spiritual quest you won’t be sad if people didn’t call you for their “parties” or did not come for your “premiers”. Irrfan did not get  a cover page of a film magazine for many years he did not waste his time gossiping about people or bad mouthing nor did he get depress , he chiseled his craft ..and refused to be part of it till he got the cover page and he did. (he got mostly depressed not clinically but sad, looking at the disparity in the society.) or once or twice went to a brink of breakdown preparing for roles not because so called insiders did not call him for holi parties. and yes no one dared make fun of him ever on any show or any channel," Sutapa remarked.

She added, "The point is if you are unable to sustain the indifference of the power people or understand the business of the film industry and you want to continue here then you need help and talking to a therapist is not equivalent to be called mad. It’s a simple thing no one owns Bollywood until or unless you think there are some people who own this industry. The Bollywood couldn’t do a shit about Irrfan getting Hollywood offers (sic)."

Talking about seeking validation, she wrote, "Did he miss the parties as some  call them imperative to attend to feel  wanted and be part of the Bollywood? No he didn’t even feel to be part of vacuous stuff also without being cynical he was a great believer in individual choices. But why would he have felt left out?? May I know? In one hand we call them toxic and on the other we are offended if they don’t include you. It’s a weird desire you are yourself giving them the power by seeking for their validation."

ALSO READ: Irrfan Khan’s wife Sutapa Sikdar says CBD oil should be legalised in India sharing the picture of the hospital were the late actor was treated