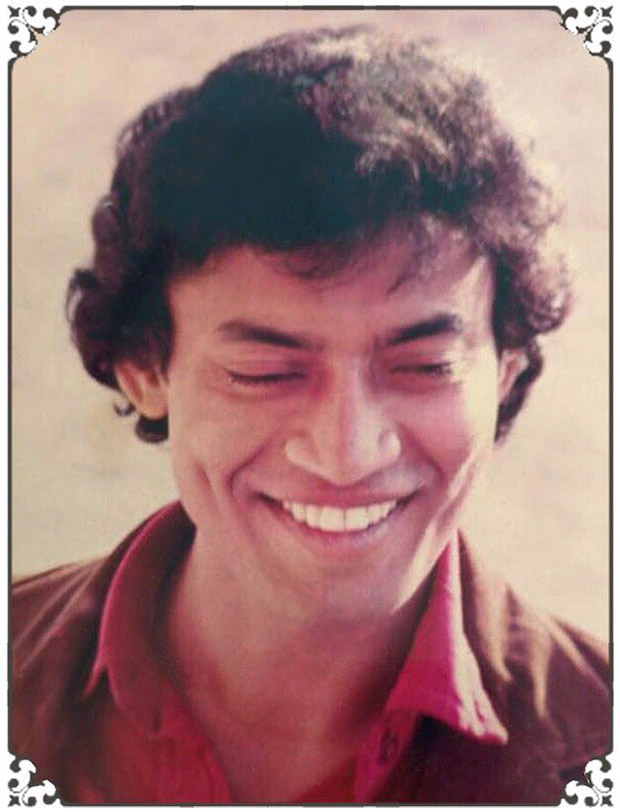 Yesteryear actor Mithun Chakraborty had ended up winning hearts in the early 80s as ‘disco dancer’ and one amongst his crores of fans, was Irrfan Khan. We have rarely seen Irrfan talk about his fan moments but the actor recently confessed to his love for Mithun da and his style on social media.

During those days, when Mithun da was a rage, Irrfan Khan was highly influenced by the superstar’s hairstyle and used to even chop his hair in a similar way. Reminiscing about those days and sharing a picture of his hairstyle, Irrfan Khan posted on Instagram saying, “I wanted my hair to be like #MithunChakraborty, so I used to go to a barber shop and tell them ke mere baal seedhe kar do …. because my hair were curly and kind of stiff .. Aur kya hota tha ke first day my hair would look good .. just like Mithuns, but after that they would turn into a bird’s nest ! #FilmyInfluence This picture is Day 1 just so you guys know ;)”

Irrfan Khan, who has now even achieved a fair share of fame in Hollywood, recently was seen rejoicing the success of his unconventional film Hindi Medium which showcased Indians biases towards the English speaking class. The film marked the debut of Pakistani actress Saba Qamar.

“Our medical fraternity is at breaking…