Last Updated 28.09.2021 | 1:13 PM IST
feedback language
follow us on
Bollywood Hungama » News » Bollywood Features News » WOW! This fan gets a tattoo of Priyanka Chopra as Statue of Liberty and it is awesome 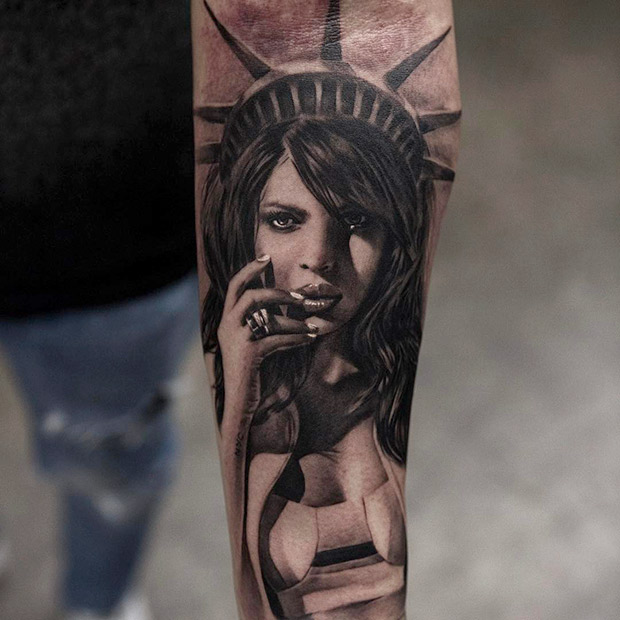 Priyanka Chopra has now achieved global fame and despite a few disappointing reviews of Baywatch, the actress continued to be lauded by critics for her negative role. The actress, who is currently in the US, has got a fan who did something special for her.

Apparently, her fan named Jas has made a tattoo of Priyanka Chopra and has amalgamated the same with the Statue of Liberty and this is how it looks. Tattoo artiste Antole who has created the same, proudly presented it on social media giving us a glimpse of Jas’ tattoo saying, “Liberty @priyankachopra for Jas, thanks brother #bangbangnyc.”

As of now, we continue to await Priyanka Chopra’s response over this beautiful creation. The actress was recently in news when she flaunted her svelte figure in bikinis whilst enjoying a chilling session to beat the summer with her Hollywood friends.

On the work front, Priyanka Chopra is quite thrilled to kick start the third season of Quantico as it has been given an extension. She has also been signed for the Octavia Spencer, Jim Parson starrer A Kid Like Jake, based on a play by the same name. As for her Bollywood projects, there are several speculations doing the rounds but the actress is yet to make an official announcement on the same.

‘Go give your mom a hug’, says Hrithik…

Hrithik Roshan with sons Hrehaan and…