Yoga Guru, Swami Ramdev ji will be gracing the stage of Superstar Singer 2 to promote ‘International Day of Yoga’. Sony Entertainment Television’s kid’s reality show Superstar Singer 2 has been quite popular owing to the memorable and impeccable performances by the young singers. Gracing this Sunday’s episode will be the Yoga guru, Swami Ramdev ji who will be seen promoting ‘International Day of Yoga’ on the show. 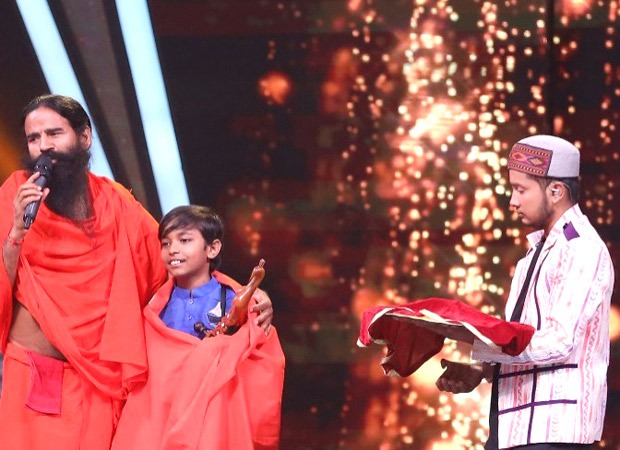 Superstar Singer 2 contestant Pranjal Biswas aka Prabhu Pranjal has won millions of hearts with his magical voice. In the upcoming episode, Pranjal will be seen singing ‘Phoolon ke rang se’ which will leave the judges truly mesmerized. Highly impressed by Pranjal’ s performance and thinking, special guest, Swami Ram Dev ji will be seen giving his vastra and kadhau from Haridwar to the little contestant.

A source from the set revealed, “Swami Ramdev ji was so awestruck by Pranjal, that he went on to talk about how he has heard a lot about Prabhu Pranjal and is also aware that he has been brought up with the Guru-Shishya culture. He said when he looks at him, he can feel the divinity in him. When music, art of living and talent develops then kids like Pranjal reach the stage of Sony TV’s Superstar Singer 2. He completely agreed to Himesh ji when he said that there is some divine soul in Pranjal. If possible, he would have given him the world but being a sadhu, he can either gift his charitra or his vastra. But as Pranjal is already blessed with a divine charitra by god, as a blessing from his end, Swami Ramdev ji will be seen gifting Pranjal his vastra and Kadhau from Haridwar.”

Superstar Singer 2 will be celebrating the iconic Bollywood star Dev Anand this weekend, as kids will be paying tribute in their own melodious style. While the Saturday episode will feature one of Dev Saab’s popular co-star and Bollywood diva Zeenat Aman as the guest, the Sunday episode will see Baba Ramdev sharing his knowledge with the kids.