We last saw Natalie Portman’s Jane Foster in a kinda-sorta cameo in Avengers: Endgame in 2019. But we only truly saw her character in her element almost nine years ago in Thor: Dark World. Since then, Jane Foster who was introduced to the MCU as the love interest for Chris Hemsworth’s Thor Odinson is no longer with the God of Thunder and has also disappeared from the Marvel universe to return as Mighty Thor in the upcoming Marvel extravaganza, Thor: Love and Thunder! 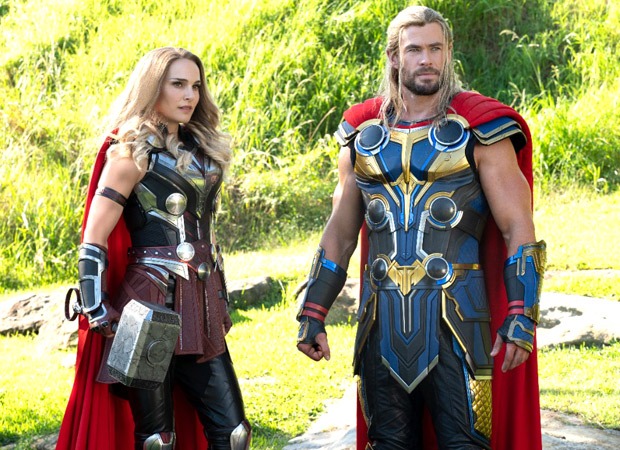 Thor Love and Thunder: Thor Odinson vs Mighty Thor who is stronger?

This has left us with so many questions – What happened to Jane Foster while she was away? What has she been up to and how is she suddenly back as a superhero? Also, is her superhero stronger than Thor? Here’s everything explained and theorized!

Some context-setting first – Who is Jane Foster?

For starters, Jane Foster is one of the world’s foremost astrophysicists. She has been Thor Odinson’s girlfriend throughout Marvel’s movie universe starting with Thor, right until Thor: The Dark World. She met the God-Superhero when he was exiled to Earth by his father; Odin and she along with her team were in New Mexico studying astronomical anomalies. She helped him prove himself worthy and along the way, the two fell in love.

While they’ve been together through many of Thor’s battles with and without the Avengers and even when Jane ended up accidentally absorbing the aether (the liquefied version of the reality stone – one of the six most powerful stones that predated the universe and are called ‘Infinity Stones’) and was on the verge of dying, she did not appear in any of the MCU movies after that. It was later indicated that they weren’t together anymore. 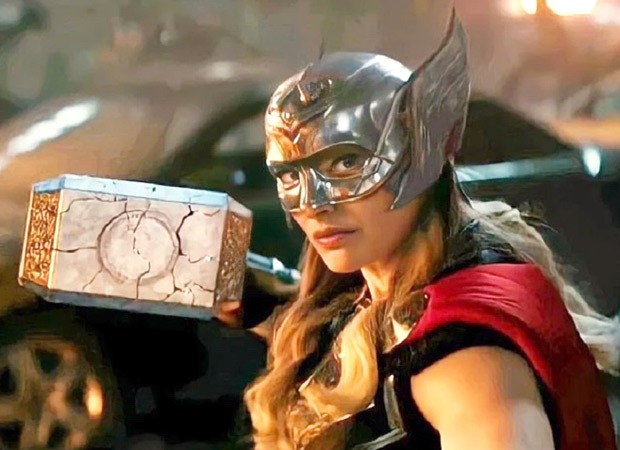 Now, Jane Foster is back to the MCU in an all-new avatar! As superhero Mighty Thor, she will be fighting alongside Thor, the Valkyrie, Kong, and more to defeat Gorr the God Butcher, one of the evilest villains in the Marvel universe. While we won’t know exactly what transpired and how Jane came to be Mighty Thor without watching Thor: Love and Thunder, it seems like Marvel Studios and the director of Thor: Love and Thunder, Taika Waititi, have adapted this story arc from Jason Aarons’ comics, ‘Mighty Thor’.

Going by that, Jane Foster, when diagnosed with advanced breast cancer and undergoing chemotherapy, finds herself able to lift the Mjolnir. That’s not it. Being able to lift the Mjolnir gives her super strength and also transforms her into a god. As Mighty Thor, she has almost the same powers as Thor Odinson himself, except she can wield the hammer (Mjolnir) better than others. But even with all the godly strength, there’s one caveat in her turning into a God - the moment she puts the hammer down and stops being the Mighty Thor, she returns to her dying body. And, every time she transforms into Mighty Thor, her return to Jane Foster means a weaker body - each time.

While the movie takes the Mighty Thor story arc, if it takes this storyline, there’s probably no telling if she’ll even come out of this alive, given how deadly a superhero Gorr the God Butcher is. The name is indicative of this, seeing as he literally butchers Gods!

Adding Mighty Thor to the cosmic mix certainly amplifies their chance at defeating the God-killing villain but with this new addition, one can’t help but think - two Thors? Both can wield the Mjolnir? Who, then, is stronger?

While Mighty Thor will be seen embracing all her powers that Thor has as well - super strength, stamina, speed, flight, durability, what sets her apart is that she can wield Mjolnir better than anyone else, even Thor himself. Of course, to be Thor, you need to be able to connect with Mjolnir but as Mighty Thor; she has exceptionally great control over the hammer, so much so that she can even stop it mid-flight as is seen in the Thor: Love and Thunder trailer.

What’s more? After having had the experience to travel to Asgard during her accidental encounter with aether, she now understands both, Midgard (Earth) and Asgard well! Temperament and the ability to give into persuasion aren’t Thor’s, particularly strong suits, but they are Jane’s. She is more patient and at the same time doesn’t fall for Loki’s tricks quite as easily.

But Thor has a lot to benefit from his set of powers too. He has a very handsome understanding of weaponry from all over the cosmos; he has fought everyone - from humans to aliens and Gods! But this last bit is the most important - Thor, with and without Mjolnir can still wield all his powers as the God of Thunder, so even when he puts the hammer down, he’s still Thor, the God of Thunder. Mighty Thor, on the other hand, is human, mortal, and an ailing Jane Foster when she puts Mjolnir down. This makes Thor, without a doubt, still more powerful than Mighty Thor. But it’s to be seen how they are both positioned in the movie! Perhaps, their differences balance each other out?

Thor: Love and Thunder releases across theatres in India on 7th July 2022, a day prior to its global release.