Undoubtedly, the Ambanis, Mukesh and Nita, scored a straight 10 with their daughter’s Isha’s wedding and pre-wedding festivities. The wedding on Wednesday evening was attended by anyone and everyone who mattered from the world of politics and showbiz. 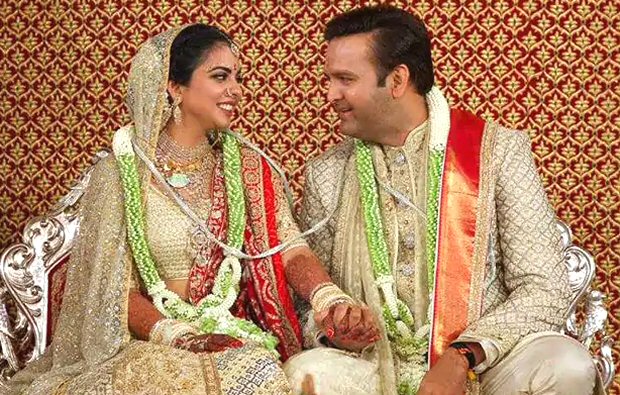 Among the earliest arrivals were Priyanka Chopra and her husband Nick Jonas, and Alia Bhatt, followed by Karan  Johar who escorted his bestfriend, Gauri Khan. Strangely Shah Rukh Khan, who danced his heart out at the couple’s sangeet ceremony, was not spotted with his wife but arrived later in the night. However, the Bachchans showed up in full force. The family’s head, Amitabh Bachchan and Jaya, were accompanied their daughter Shweta and granddaughter Navya Naveli. Abhishek, Aishwarya and little Aaradhya made a separate entry.

Among the political bigwigs, Former President Of India Pranab Mukherjee and Hillary Clinton were prominently present. However, both departed in a hurry. Mrs. Clinton looked more frazzled than dazzled by all the fanfare. Perhaps, she like the rest of the guests, was exhausted by the non-stop celebration.

As one invitee said, “If there’s anything like too much enjoyment, then this was it. It went on for days. Perhaps getting Beyonce was an excess in extravagance. She charges approximately 20 crore rupees. This could have funded the marriages in at least a 100 economically challenged homes.”

Guests were happy to see the host Mukesh Ambani’s brother Anil Ambani finally actively participating in the wedding festivities. It was the time to set all differences aside. And the brothers did just that.