Kapil Sharma's wedding which took place yesterday in Punjab was a total traditional affair. Despite living in Mumbai for many years, Kapil did not forget his ‘pind’ and Punjab. Everything from his attire to the rituals followed during the ceremony were about him being in touch with his roots. His co-actors and friends made it to the wedding. There was a Mata Ki Chowki and Sangeet night which preceded the pheras ceremony. In pictures, one sees Kapil enjoying his wedding to the fullest with his childhood sweetheart Ginni. With a turban and Kirpan in hand, he looks like a typical Punjabi groom. Main guests present at the wedding were Bharti Singh- Harsh Limbaachiyaa, Krushna Abhishek, Chandan Prabhakar, Rajiv Thakur, Jasbir Jassi, among others. 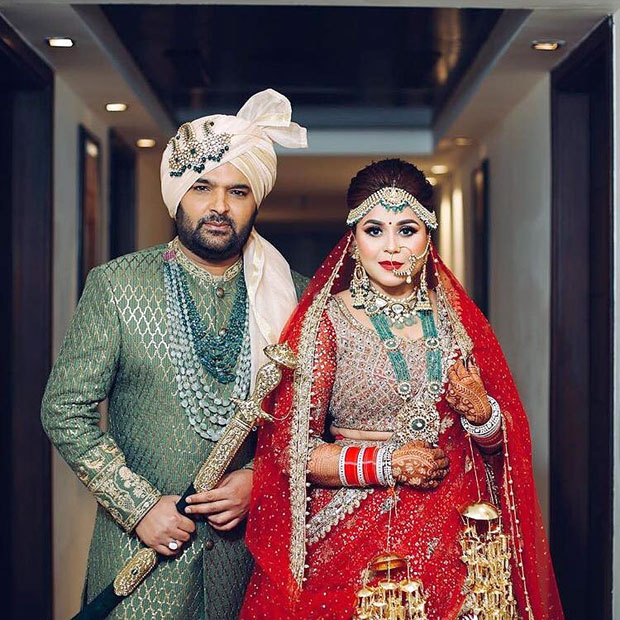 Kapil reached the venue of his wedding in tight security and was yet mobbed by his fans. This just shows how popular he is in his hometown. Kapil experienced a bit of a slump in his career in last few months but he is ready to bounce back with a new show which will premiere on December 21. On December 24, he will host a reception for his Mumbai friends at a five star in the city. Amitabh Bachchan, Salman Khan are among the key guests.

Kapil and Ginni know each other from many years and it was the comedian's mother who insisted that they tie knot. Kapil in his latest interview said that Ginni Chatrath never gave up on him even when he was in a dark phase and that just made him love her even more.

Also Read: INSIDE PICS AND VIDEOS: Kapil Sharma’s Sangeet and Mata Ki Chowki celebrations: The comedian looks all set to get married to Ginni Chatrath