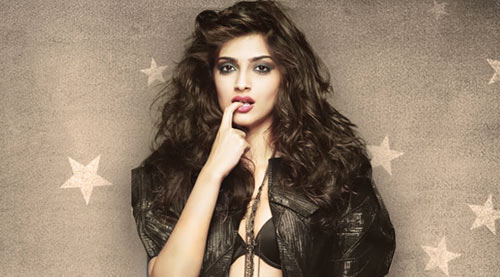 Sonam Kapoor was nominated for several best-actress awards in Khoobsurat. But she didn't win.


She says she is neither surprised nor disappointed. "In Khoobsurat I had a comic role. Unfortunately comedy is not looked on as a serious genre. The fact that I was nominated was more than enough for me. And Stardust did give me an award for best performance in a romantic comedy. Having said that, I wonder why only dramas are taken seriously at the awards. It's true not just in India, but everywhere. Comedy is not recognized as a serious genre. If still I was noticed and recognized for Khoobsurat I am happy with that."


Sonam Kapoor also acknowledges that there was a performance way better than hers this year. "Kangna Ranaut in Queen gave a far more mature performance than me. Her role was way more resonant than mine was. And if I was a jury member I'd give the award to Kangna and not me."


Sonam is happy to have been in good company for the awards nominations. "There was Kangna, Tabu, Priyanka, Alia....all actresses whose work I admire. Tabu was nominated for Supporting Actress awards. But by no means was she a supporting actress in Haider. Shakespeare's Hamlet was a mother-son drama. According to me Ophelia (the character played by Shraddha Kapoor) was the supporting part. Tabu was the lead in the film."


Sonam is hopeful about an award next year. "This was my fourth nomination. Hopefully I'll be lucky the fifth time."