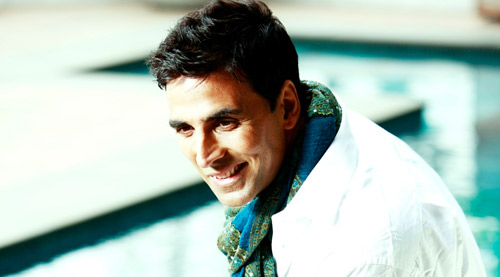 Akshay Kumar is back. And this time he is in a no-nonsense avtar. The release of Baby couldn't have been better timed, considering the fact that it is a film that makes a statement on global terrorism and arrives on the weekend leading to the Republic Day. While one is waiting for a true blue biggie to lend a grand kick-start to 2015, it is pretty much expected that Akshay Kumar-Neeraj Pandey flick would do the trick yet again after Special 26.


The film carries the plot of you and your team hunting down a terror mastermind. That by itself lends the film a good platform for a captivating action-thriller-drama in motion, isn't it?

This is where the mastermind works at his best, between the fictitious & real life plots and stories that are collected from newspapers that hit our stands worldwide. Neeraj Pandey brings a certain perspective to terror that we know exists, we hear about it, but never really grasps the in-depth concept of real terrorists and the brains behind their insidious actions. But this man (Neeraj) takes you on a journey that even I haven't dreamt of.


In fact, in both Special 26 as well as Baby, you have been presented entirely different from your other entertainers. Can one say that Neeraj allows you to explore different territories with his films?


No nononooo (says animatedly)! One doesn't explore with Neeraj Sir; one does as ones told, that's the journey. I don't have to 'think', I have to 'do', I have to 'understand', that's the difference. I don't have to create a character; he gives me one that I follow like my life depends on it. Baby is one of the greatest acting experiences I have had. There is no improvisation, there is only turning pages into reality. We are giving a script a 3D life and it's incredibly refreshing to work with such powerful craftsmen.


In the film, you are also returning with your co-star of many films, Anupam Kher. From Special 26 to Baby, it seems you are indeed a team with Neeraj Pandey, isn't it?

We are what some people call, inseparable when it comes to shooting our films. From eating together, changing together, sharing vans, sharing phones. But it doesn't stop there; we have become somewhat even closer on this film; for now we even take massages together (smiles). We are not only a team, we are 'Baby'. We are Neeraj Pandey's 'Baby' (winks).


I am particularly glad to see Danny Denzongpa returning in a meaty avatar. Though I missed his extended presence in Boss, are we going to see a substantial role for Danny this time around?

Danny Sir is not only crucial to this film; he is the brains behind us all. Meaty, needed and well played, Danny is in his element in Baby. And may I add with full respect, what an incredible healthy fit young man he is. Just to shake his hand, you think you are in the presence of an officer. What a grip and what a walking specimen of a gentleman. Baby wouldn't be the same without him.


On the other hand, Madhurima Tuli plays your wife in the film. Since you have given an opportunity to quite a few actresses in the industry, how has Madhurima turned out to be?

She is a fine actress whose future holds very promising ventures. She is an absolute delight to work with and a pleasure being a husband to in the film. Our industry needs actresses like Madhurima. I am looking forward to what Bollywood makes of her!


Earlier this year, you came up with Holiday that was again about extraditing terrorists out of their hole. Now, in Baby too, you are following a trail. Is it just the treatment that differentiates both or there is more to the plot, twists and turns that separate the two films?

Each film is in a league of its own. They are both a subject that we now are all tackling on almost a daily basis, yet each and every act of terrorism is a plot on its own. It's a something that no one can prepare for. This genre of film is unbelievably hard to face, but one that must be faced head on. This world isn't always about laughs, babies and fluffy dogs; this world is mean, terrifying and extremely real, so is cinema. I feel compelled to make cinema that entertains people, as well as awakens them. The story of these two films couldn't be further apart.