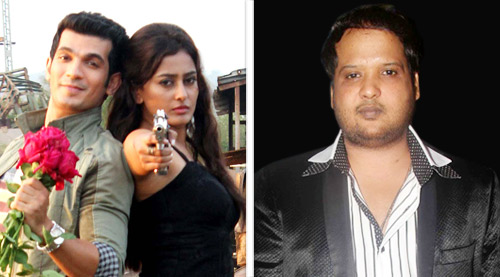 Though he has made a few other films as well, director Rajiv S. Ruia is known most for his My Friend Ganesha series. The franchise is quite popular on the kids' channels

and there is never a week that goes by when one of the three instalments doesn't get aired. While he continues to be in love with the franchise and next in the series is set to hit the big screen

soon, Rajiv is bringing his most commercial entertainer till date, Direct Ishq, in theatres this Friday. The filmmaker gets into a chat.


Direct Ishq appears as 'desi' as it gets. Guess you wanted to be attached to your roots in a big way while filming your biggest Hindi film till date?

Of course (smiles). See, basically I am a kid's director. My Friend Ganesha is a very popular franchise and I have made Main Krishna Hoon as well with Juhi Chawla. Now, Direct

Ishq is my first major out and out commercial film. This one is a mix-masala film. It is a rom-com with good dose of action, comedy and emotion. The best part about the film is that it has six

songs, and they all are really good. I am a very big fan of Manmohan Desai and have learnt from him. I have grown up on his films and am truly inspired by his style of storytelling. When you are

making a commercial film, it needs to have all ingredients.


Guess you are promising all such ingredients with Direct Ishq.

Dolly. However, she wants to become a rockstar. Being from Banaras, though she is singing there, she isn't able to move ahead. Since Kabeer runs an event company in Mumbai, Dolly hopes that he

would help her. On the other hand Bicky, a BHU leader, has his own way of making things happen for her. Dolly is in a dilemma that who would help her out. After all, their love story is much bigger

than a kiss being sent on WhatsApp.


Talking of Banaras, the shooting in the holy city is indeed bringing in the right authenticity on screen. Looks like you spent quite some time in there to make it come alive on screen?

I love Banaras. Some time back I had been to the city and had told a few people there that I want to make a film there. When I came back to Mumbai, my producer (Pradeep Sharma) called me to inform

that he had a story that was set in Banaras. Obviously, I couldn't say no. We have shot at many virgin locations in Banaras, not the ones that have been already been seen in Raajhanaa or