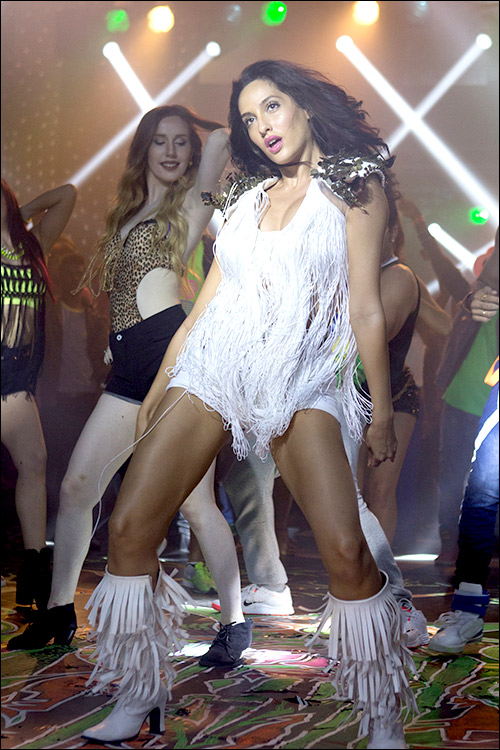 Morcoccan - Canadian beauty Nora Fatehi who was last seen in 'Bigg Boss 9' will bring the house down with her sensuous moves in the official remix of 'Rock The Party' by Bombay Rockers in Rocky Handsome starring John Abraham.

Nora is ecstatic about her song and said "Post showing my audition video I got a call within a few days from the production house confirming my selection and the rest is for you all to see now. This is the first song to be released from the film and I am really excited about it." 'Rock The Party' by Bombay Rockers was a huge hit and became the party anthem for years post its initial release. Now Bombay Rockers have re-recorded 'Rock The Party' for Rocky Handsome. Navtej Singh Rehal (from Bombay Rockers) said "I have been a big fan of John Abraham and it feels great to re-record our super hit song for his film Rocky Handsome. We are elated that this is the film's first song to be released and are sure this new version will have universal appeal and become an instant hit".