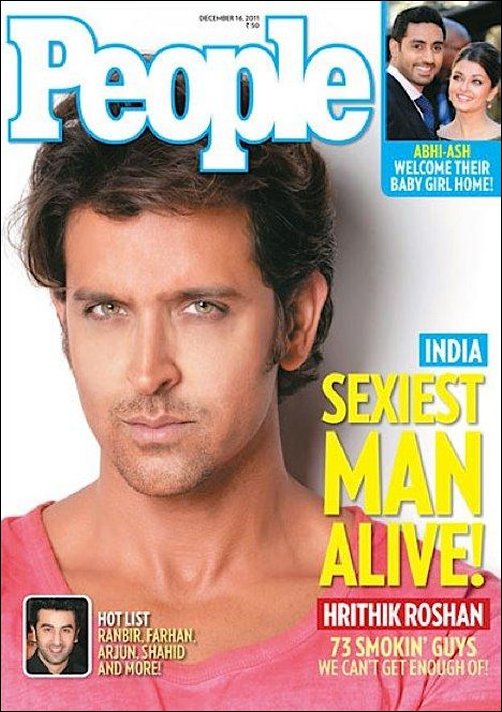 It's raining titles and honours for Hrithik Roshan. Readers may recollect that very recently, we had reported that he had been adjudged

as 'The Sexiest Asian Man' of 2012 by the Eastern Eye Weekly. He beat his contemporaries by the biggest ever margin in the history of the men's list.

Well, it just can't get better than this for this man as People magazine's latest issue has also given him the title of 'Sexiest Man Alive'. True to the

saying, 'If only looks could killâ€¦Hrithik is surely a killer on the prowl!' He has everything going for him... the looks, the star psyche and the physique,

angelic eyes â€¦ all in allâ€¦making him the 'apt' recipient of the title of India's 'Sexiest Man Alive'!