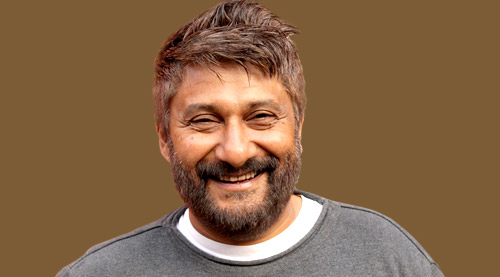 It's out. The sleazy erotica of Zid that is being flaunted on every medium is actually a part of a film that is a remake of the 2011 German film The Good Neighbour.

Revealing this, director Vivek Agnihotri who is currently shooting his new film
Junooniyat in Kashmir is livid about his name still not being detached from the distorted project. "Anubhav Sinha came to me with the proposal to remake the German film The Good Neighbour. Three directors had already left the project. Anubhav who is an old friend, was distressed. He asked me to step in and I couldn't say no."

How was Vivek to know that Zid would be subverted behind his back?

Vivek tried to reason with Anubhav. But to no avail.

Vivek suspects the steamy scenes have been shot only for the teaser trailers. "I don't know how or when Barbie or Mannara or whatever she calls herself now and her co-star Karan shot these scenes. But this is not the film I was asked to make. This is not The Good Neighbour. It's something else. And I don't want any part of it. I spoke up about this only because they've refused to remove my name from the credits."

The Good Neighbour is a German psychological thriller directed by James Crisp. It was apparently inspired by the Nia Glassie abuse case that shook the collective conscience of New Zealanders.

The makers of Zid seem to have left their conscience behind.