The Bala Challenge given by Akshay Kumar has gone viral now. The second song from Housefull 4 features Akshay Kumar as Rajkumar Bala who is bald in this period comedy. Since the challenge is being done by celebs including Ranveer Singh, Ayushmann Khurrana, among others, two more stars have joined the bandwagon. 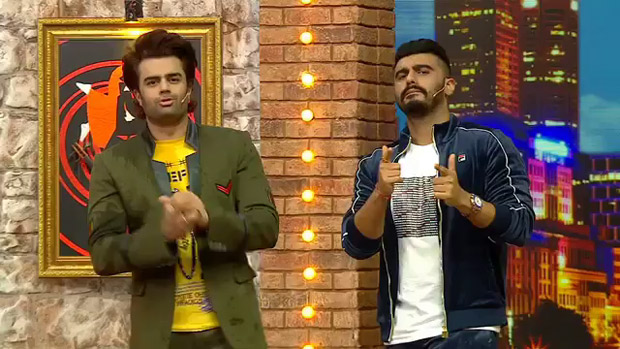 Arjun Kapoor along with Movie Masti host Maniesh Paul danced to the song 'Shaitan Ka Saala' from Housefull 4 on the sets of Maniesh's show. They recorded their own take on the signature step and it is fun to watch. Arjun Kapoor took to social media to share the video and wrote, "From @manieshpaul & I the full bhare hue Baal Kalakaar’s to the team of #Housefull4 all the best Break all the records this Diwali...let’s do this, Hair we go!!!."

ALSO READ: Arjun Kapoor hints at the sequel of Mubarakan, asks ‘Who’s on for Mubarakan 2?’