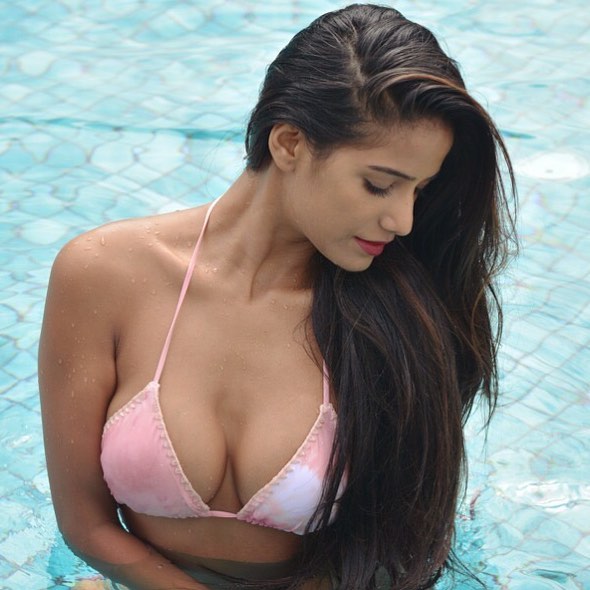 Love or hate her, but you can’t ignore Poonam Pandey. She has been criticized a lot, ever since she rose to fame in 2011 when she promised to strip if India won the ICC World Cup 2011. But she has remained unfazed and has been regularly posting sizzling hot pictures and later she also started uploading videos. It is no surprise that she has amassed 1.1 million followers on Instagram.

Today, she posted yet another hot picture that has caught our attention. The picture features Poonam wearing a pink bikini and seated in a pool. Her hair is neatly kept on one side and her gazes are lowered. The upper part of her hot body is visible and makes for a great watch. What also add to the impact are the little droplets of water on her hot bod.

Poonam Pandey debuted in Hindi films with Nasha in 2013. She did a Telugu film, Malini & Co., in 2015. Earlier this year, she featured in an item song in Govinda starrer Aa Gaya Hero.