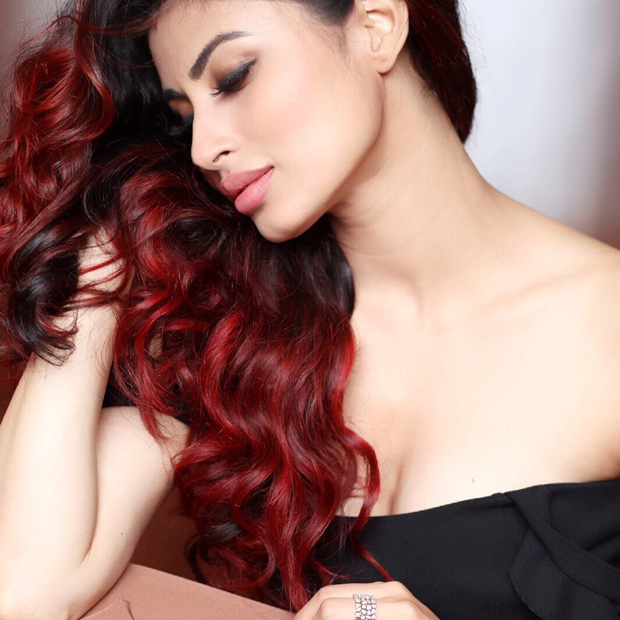 From ‘Kyunki Saas Bhi Kabhi Bahu Thi’ to ‘Naagin’, Mouni Roy has revealed her different shades on TV and now the actress got her big break in Bollywood with Gold. The actress will make her full-fledged debut opposite superstar Akshay Kumar and while she constantly updates about the film on social media, she also posts pictures of her earlier photoshoots.

Mouni Roy, who recently gave us a sneak peek into the shoot of Gold, now shared a picture of one of her photoshoots. While she will play a demure, saree clad traditional wife of the late 40s, we received a glimpse of her glamorous, bold and contemporary avatar on social media. Mouni shared this picture on her Instagram page without any caption. She featured in an off shoulder outfit in this photoshoot as she flaunted her red hair.

Talking about her Bollywood debut, Gold is a period sports drama, directed by Reema Kagti, based on India’s iconic win at the Olympics, which was also its first victory as an independent nation.