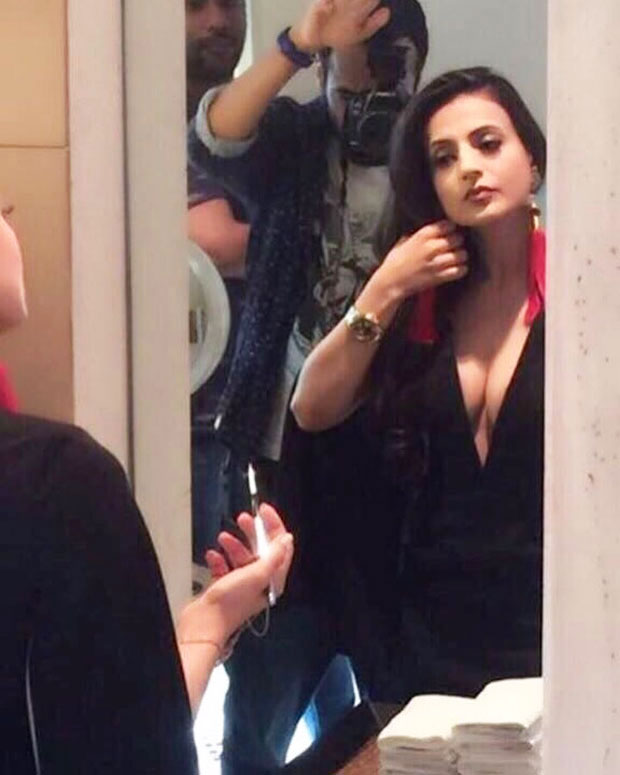 Ameesha Patel, who made a debut opposite superstar Hrithik Roshan in Kaho Na Pyaar Hai, rarely makes appearances of late. While she is busy with her own production house and a couple of films too, the actress also has been a part of several photoshoots.

Reminiscing about one such hot photoshoot, Ameesha Patel recently shared a throwback picture of her getting ready for a shoot for FHM Magazine. Posting it on her Instagram page, the actress said, “Throwback to last years FHM cover photoshoot .. found it while scrolling through my gallery .. bisous bisous.”

As for her films, Ameesha Patel was last seen in Shortcut Romeo in 2013 and she forayed into film production with the film Desi Magic. The film, which features her in a double role, is in the pipeline for long and a release date is awaited. On the other hand, her other film Bhaiyyaji Superhit, after a sabbatical, went on floor last year and a release date is yet to be finalized for the same.