Deepika Padukone is soaring high on the success of her recent release, Padmaavat. The film, which was embroiled in controversies, released worldwide last month. Meanwhile, Deepika Padukone has moved on to her next projects post the long Padmaavat process.

Deepika Padukone recently uploaded a picture of herself and her new buddy on Instagram while shooting for an advertisement. While on the sets of the shoot, she met a cute little golden retriever and tried to give him a kiss. She captioned the photo, "adorable(& not so little)on set buddy!????????????." 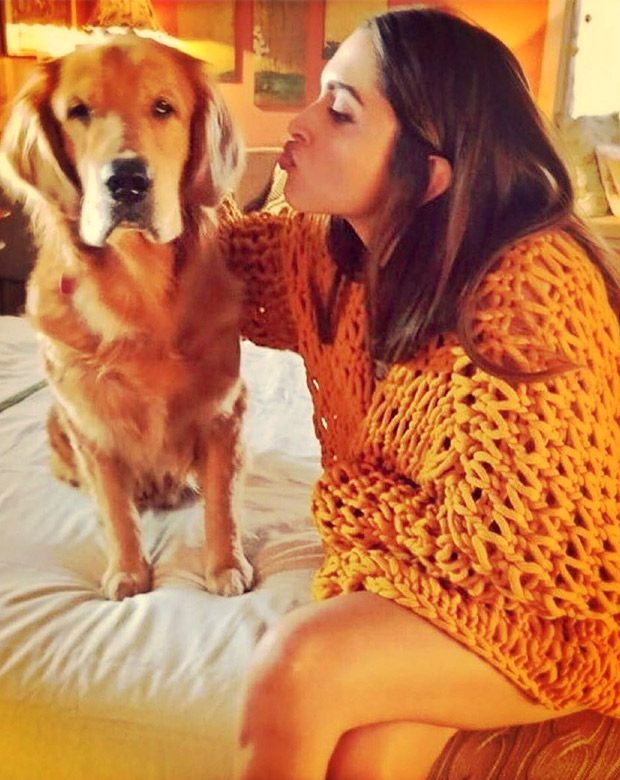 Interestingly, American popstar Nick Jonas, who apparently follows Deepika on Instagram, left a comment on her post. He commented with a smiley face and dog emoticon. This kind of sent the fans into frenzy. It also made everyone wonder

Deepika Padukone isn't the only Bollywood actress Nick Jonas is friends with. He also shares a lovely bond with Priyanka Chopra who he walked with during MET Gala 2017.

Also Read : Ranveer Singh CONFESSES that marriage with Deepika Padukone is on his mind!