We all know the kind of ups and downs the Karan Johar – Kajol friendship underwent over the years. While all of it is a matter of the past, the two of them reunited on the small screen for the recent episode of The Kapil Sharma Show. Bringing back their fun camaraderie on the show, the two of them were indeed a laughter riot and not surprisingly, making jokes and wacky comebacks were some of the interesting aspects of the show. One of the main topics of discussion there was the forthcoming Lok Sabha Elections 2019 and here’s when Karan Johar was asked to choose a cabinet of ministers. 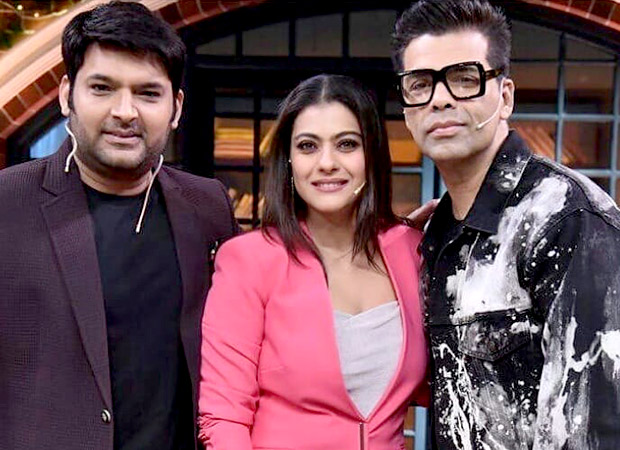 During the recent episode of The Kapil Sharma Show, Karan Johar was asked to imagine himself as the Prime Minister of India. And therefore, he was handed down the responsibility of choosing the cabinet ministry and the filmmaker had some interesting answers to make. He appointed Akshay Kumar in the Health Ministry owing to his fit and healthy lifestyle and his bestie Kareena Kapoor Khan as the Minister of Gossip Affairs, courtesy her love for gossips and her constant need to stay updated about the industry scoops.

On the other hand, he wanted to appoint his ‘student’ Varun Dhawan as the Minister of Social Media because Johar affirmed that the actor handles his own account without any team and that it is quite visible from the way he makes spelling mistakes. He wanted to appoint Ranbir Kapoor as the Broadcast Minister and Sonam Kapoor as Minister of Fashion. He concluded by adding that he would want to take up the job of House Party Minister which is when Kajol commented that he should be a show-off Minister.

Karan Johar, however, had a witty response for it wherein he stated that he is so down to earth that he is speaking to her!