Well, if you think only the current generation of South superstars have tried their luck in Hindi cinema, then let us tell you that even earlier, many actors – from Kamal Haasan to Rajinikanth, Daggubati Venkatesh to Nagarjuna, many have entered the Bollywood industry. But amongst them, only a few of them have given us performances that we continue to remember even today. Interestingly, Akkineni Nagarjuna is one of them. 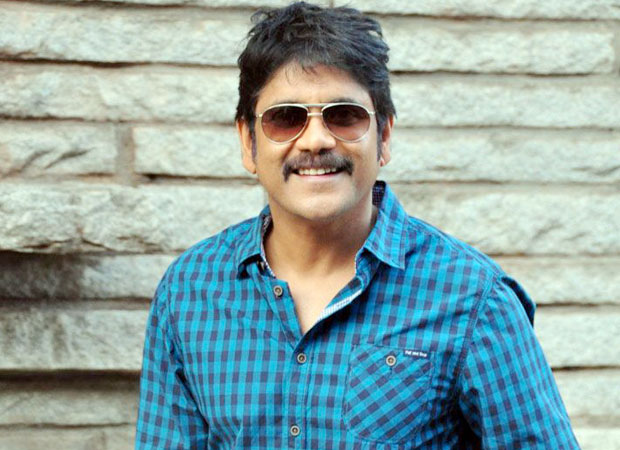 From his debut Vikram to Annamayya to Azad, the actor has cherished Telugu cinema since the start. Although he has acted in Hindi and Tamil cinema, he never let go off the Tollywood world and has been continuing his stint with some impressive work. Now he is all set to return to Bollywood cinema after playing the role of Major Padmapani Acharya, inspired by the real life military officer in LOC Kargil in 2003. He will be seen in a Bollywood film after 15 years this year in Brahmastra.

However, before we start discussing about his next Hindi venture, let us take you down the memory lane and showcase four Bollywood films of Nagarjuna’s career that will make you even more curious to watch out for him in his Bollywood comeback film Brahmastra:

His first in Bollywood, Shiva has always been special for Nagarjuna. Interestingly, he was also the first actor who worked with Ram Gopal Varma when the filmmaker decided to venture into Telugu cinema with this film. Being a remake of the Telugu film Siva, the film features Nagarjuna as a college student and stars his current real life wife Amala as his love interest. The 1991 blockbuster turned out to be one of the most successful outings of Akkineni Nagarjuna who not only resonated with the youth then owing to the film’s backdrop of college politics but he also became renowned for his action in Bollywood. This film was the beginning of Nagarjuna’s career journey with Ram Gopal Varma and also in Bollywood.

Two years later, Nagarjuna once again appeared in one of the most popular films Khuda Gawah. In this film, he managed to share screen space with the then superstar Sridevi and megastar Amitabh Bachchan. The film features Sridevi in a double role and Nagarjuna as Inspector Raja Mirza plays the love interest of the younger Sridevi aka Mehndi. Even though he appears much later in the film, he had managed to leave an impact. Despite the fact that many recall the Sridevi and Amitabh’s pairing in the film, it is not wrong to say that Sridevi and Nagarjuna too managed to establish their own chemistry in it. The two actors, in fact, reappeared in Mr. Bechara in 1996 which had Nagarjuna in a special appearance as the actress’ fiancé.

Even though this film is a bilingual, this one is on the list because this one is a Nagarjuna film throughout. With Manisha Koirala in a brief role as the leading lady of the actor, the film also had Ramya Krishnan [popularly known as Sivagami in Baahubali] as the leading lady. It is not only remembered for Akkineni Nagarjuna as the doctor who is on the run to find the killer of his wife after being accused of murdering her but also for its songs. The song ‘Tum Mile Dil Kile’ from the film continues to be a part of the chartbuster lists even today. The film was also later dubbed into Tamil after its success in other languages.

This one also had Nagarjuna sharing screen space with the now superstar Akshay Kumar. The two of them played the role of childhood buddies. While Akshay plays an undercover cop who takes up the challenge of reforming his friends who follow the path of crime, Nagarjuna plays one of the goons in the area who is one of the friends that Akshay is keen on reforming. The film features him in a rogue avatar and it did win hearts at the box office. In fact, we hear that Akkineni Nagarjuna even did some stunts by himself without a body double. Even though the actor played the second lead in this Mahesh Bhatt directorial, he managed to woo the audience with his versatility.

In fact, Angaarey also lead to another association between Mahesh Bhatt and Nagarjuna. It was for Zakhm. The film, which went on to become blockbuster despite the controversial undertones of communalism, had Nagarjuna in a guest appearance. Even though the actor played a very small but an integral role, the impact was highly appreciated.

Considering the versatility of Nagarjuna, including his role in his last Bollywood film LOC Kargil, the wait for his return in Brahmastra has got even more interesting. We are yet to receive the details of his character sketch in the superhero drama which features Ranbir Kapoor and Alia Bhatt in lead roles. Incidentally, the film may also see a Khuda Gawah reunion since it also features Amitabh Bachchan in a prime role.