The news of Nawazuddin Siddiqui venturing into regional cinema was quite surprising and the intrigue only increased with the revelation that he will be sharing screen space with the megastar Rajinikanth in Thalaivar 165. The makers announced about Nawaz being a part of the project on social media. However, the actor hasn’t spoken much about his Tamil debut. In recent reports, Siddiqui expressed his excitement of joining hands with Rajinikanth in the Karthik Subbaraj directorial. 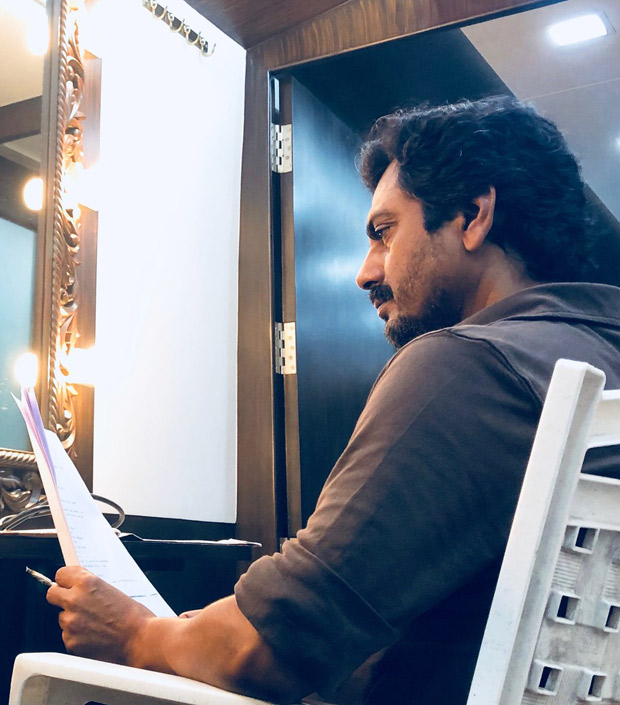 Recent reports suggest that Nawazuddin Siddiqui has already started prepping for Thalaivar 165. In fact, we got a glimpse of his excitement of how eagerly he is looking forward to work with Rajinikanth on social media. Nawaz took to his Twitter handle to share a picture of him rehearsing the lines for the film, “Rehearsing my lines for my first Tamil movie #Thalaivar165. Delighted to be working with the Superstar #Thalaivar.”

In fact, welcoming him warmly to the sets of the film, director Karthik Subbaraj too replied to the post shared by Nawaz.

தமிழ் சினிமா தங்களை அன்புடன் வரவேற்கிறது ????????. Welcome to Tamil cinema sir... We too are delighted to work with you.. ???? #Thalaivar165 https://t.co/lVipVCAswD

Coming to the prep, Nawazuddin Siddiqui is quite confident that he will soon adapt to the Tamil dialogues. He stated in these reports that initially it may be a concern for him to learn the foreign language; however, once he gets the flow, it wouldn’t be a hindrance for him. He asserted that learning a new language has never been a big challenge for him.

But definitely what has excited him even more is to share screen space with a megastar like Rajinikanth. Calling him legendary, Nawazuddin Siddiqui assured in reports that he is making the most of this opportunity to learn something from the South superstar. He also believes that it will be an incredible experience for him to watch him and learn.

Even though the makers haven’t revealed much about the character sketch, we hear that Nawazuddin Siddiqui will essay the role of Rajinikanth’s rival in Thalaivar 165.

WHOA! Nawazuddin Siddiqui to come TOGETHER with Rajinikanth in this South film