When the current decade commenced in 2010, Akshay Kumar was doing well, but mainly in comedy and action roles. But in the last ten years, he has gone on another level. He switched gears and proved his worth with films having social messages and patriotic themes. Often, such movies don’t enjoy commercial success. But in case of Akshay, he enjoyed both, critical acclaim as well as box office success! His fan following has widened. Earlier, the high-nosed critics would look down upon his films. Today, the same lot looks up to him and his movies, while his existing fan following is still maintained. On the occasion of the superstar’s 52nd birthday, Bollywood Hungama takes a look at how Akshay Kumar became the new Aamir Khan on the block! 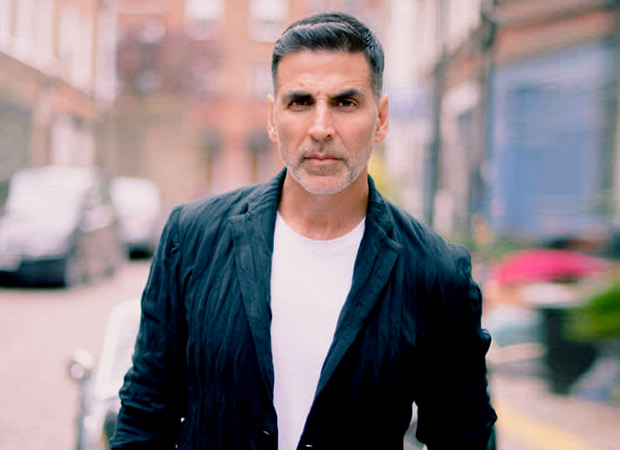 The change in Akshay Kumar didn’t happen immediately with 2010. The first year was a mixed bag – while Housefull and Tees Maar Khan were hits, Action Replayy flopped and Khatta Meetha underperformed. 2011 was worse as all his three films – Patiala House, Thank You and Desi Boyz – didn’t taste success. 2012 was much better as two of his films – Housefull 2 and Rowdy Rathore – were big hits, both of which helped Akshay get into the prestigious Rs. 100 crore club! Joker and Khiladi 786 didn’t work. However, there was one more film this year – OMG! Oh My God – which became the surprise success. This was his first social drama and it gave a strong hint of what was to follow.

Things became clearer in 2013 as he did a very unconventional thriller, Special 26. The experiment paid off and it motivated him to do more such flicks. With the same director, Neeraj Pandey, he acted in Baby in 2015. This was an action thriller but not like the ones he did in the 90s. It was very realistic and yet again, it paid dividends for him. With his 2016’s first release Airlift, the chances of being a hit looked bleak but the trailer indicated that it won’t be the case. And sure enough, it was a huge success, despite not having too many of commercial elements. Then came Toilet – Ek Prem Katha and Pad Man. The former was a super-hit while the latter did well despite the taboo topic of menstruation. Just last month, he delivered Mission Mangal and it has emerged as his biggest grosser. Again, this was not a usual entertainer and yet, it is expected to do around Rs. 196-197 crore in its lifetime. At the same time, he has balanced with commercial and even comic capers like Entertainment, Housefull films, Singh Is Bliing etc. He even attempted a Southern film, 2.0, and his presence helped the film work in the Hindi belt.

It’ll be wrong to assume that Akshay Kumar just went with the flow and did whatever came his way. With the end of the previous decade and the way some of his films didn’t fare well, he realized that action and comedy films are what he’s best at but these movies were also following law of diminishing returns. And with him nearing 50, action was bound to take a backseat. He must have also seen how a star like Shah Rukh Khan was failing at the box office as he didn’t seem convincing romancing his heroines, the way he used to be in the 90s and 2000s. Moreover, Salman Khan was doing well but he too was struggling to maintain his stardom with films that his fans like and at the same time doing experiments like Tubelight, Bajrangi Bhaijaan, Bharat etc which sometimes worked and sometimes terribly misfired.

As a result, Akshay Kumar took a leaf out of the actor who was doing really well for himself – Aamir Khan. However, he didn’t simply replicate his model but tweaked it as per his persona and way of functioning. So while Aamir does just one film a year, Akshay would instead work in 3 or 4 films. Aamir Khan will read 3 or 4 scripts, shortlist, deep dive into them and select 1 out of it to which he devoted a year or more than a year. Comparatively, Akshay Kumar greenlights his projects quickly and yet takes the correct decisions. Not just that, his films are even shot within 30 to 40 days. Even a grand flick like Baby was shot in around 50 days. This saves on production cost to a great extent. In fact, it’s amazing to see that the superstar not just completes 3 to 4 films in a year but also goes on a month’s vacation with family!

One of the biggest surprises about his career in the last few years is how he has taken concept-based and unorthodox films. But instead of making them like a film-festival kind of a movie, he peppers these films with commercial masala. As a result, his traditional audience doesn’t feel side-lined. They get their money’s worth and they also take home some important lessons on sanitation, menstrual health, women’s achievement in the Mars program etc. On top of that, he’s not even dependent on any strong female face unlike Aamir Khan and other celebrities. The female leads since some time opposite him have been mostly actresses like Mouni Roy, Radhika Apte, Bhumi Pednekar, Huma Qureshi, Ileana DCruz, Nimrat Kaur, Shruti Haasan, Madhurima Tuli etc. All of them are talented but unconventional and not someone who can be expected to get a role opposite a commercial superstar. Even music hasn’t been very strong in some of his movies. As a result, it’s only two factors which excite audiences for his films – the script and Akshay Kumar himself. The latter helps in getting audiences on the first few days and the former ensure the film trends very well! 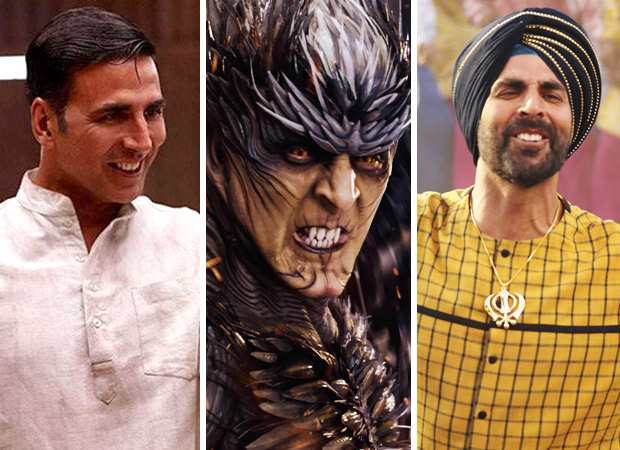 The model is working very well for Akshay Kumar. At the same time, it is bringing up some challenges too. A section of audience and trade feels his films are becoming a bit similar. The way his films always have social message and patriotism is also restricting its growth. This is the reason, they say, why still not a single film of his has managed to get into the Rs. 200 crore club. On the other hand, all the other superstars have made their mark here, with some even graduating to the Rs. 300 crore club. Even younger actors like Ranveer Singh, Vicky Kaushal and Shahid Kapoor have given Rs. 200 crore grossers!

Despite acting in 3-4 films and going on vacations, Akshay Kumar also manages to take out time to endorse multiple brands. He’s one of the top stars in this regard. No wonder he’s also one of the highest paid actors not just in India, but also worldwide. As per Forbes, he ranked $31.5 million in 2016. From here on, it has only increased. In 2017, it was $35.5 million while in 2018; it jumped to $65.5 million. Last month, Forbes revealed that the actor raked in $65.5 million in 2019 and hence he’s the fourth highest paid actor of the world, behind stars like Dwayne Johnson, Chris Hemsworth and Robert Downey Jr. and ahead of global icons like Jackie Chan, Bradley Cooper, Adam Sandler, Chris Evans, Will Smith etc.!

And that’s not all. He still gets time even after these activities which he uses for social causes. One of his greatest feats is launching the Bharat Ke Veer portal, through which people are encouraged to deposit money in the bank accounts of martyred soldiers’ families. As a result, Akshay Kumar is a complete all-rounder who’s providing audience with credibly entertaining movies and at the same time making tons of money, taking well-deserved long breaks and making the world a better place to live in!

With the new decade about to start in less than four months, fans, industry and trade are excited to see what new Akshay Kumar brings to the table. This is also the period when he’ll turn 60 years of age. Nevertheless, looking at his past record and the way he has adapted to different kinds of cinema, one can be sure that he’ll continue to act for a long time to come and provide some fantastic films to the audiences. Because of his script acumen, he’s hailed as the new Aamir Khan while for his patriotic flicks; some also call him the new Manoj Kumar. The time is not away when instead of labelling Akshay Kumar, other actors, following his footsteps, will instead be called as ‘new Akshay Kumar’!