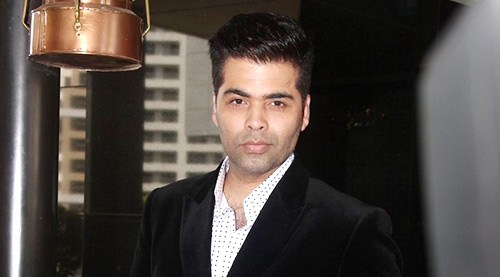 Brothers is inarguably the biggest film coming from the Dharma Productions. For Karan Johar, who has to his credits some of the biggest blockbusters in last 17 years of

Bollywood, it was a big day yesterday. After all, he was working with Akshay Kumar for the first time while also upping the ante for his protege Sidharth Malhotra. No wonder, all eyes were on the

promo launch of Brothers which was being publicized incessantly on the world of social media and other platform for last many days.

If close to 1.5 million views in less than 24 hours with widespread all around positive reaction is any indication, Karan Johar already has a winner in hands.

"I couldn't have been more thrilled," gleams Karan Johar, "Such has been an out and out positive reaction so far that I am overwhelmed. This is one film which seeped a lot out of everyone

associated with it. Both Akshay and Sidharth trained for six months to get the whole MMA (Mixed Martial Arts) right. It is a new experience for all, and I can't wait to see how audiences react when

they see it all. It is entertainment for the big screen."

While he is obviously impressed with the manner in which Sidharth has gone through some real body transformation for his part, he is happy to present Akshay Kumar in a never seen before avtar.

getting it just so perfect in Brothers is amazing. Moreover, with him and Sidharth together, it is a whole new ballgame. It is going to be very exciting for the audience."

With director Karan Malhotra returning after Agneepath, the director has demonstrated yet again that when it comes to integrating hardcore Indian emotions into the narrative, he certainly

"This is what makes Karan special. He has a knack for it. He did that with Agneepath and now he has done that with Brothers as well," says Karan.

Meanwhile, he is smiling away with the coup of getting the 'two Jackies' together.

"That's heartening for sure," he smiles, "There is Jackie Shroff and Jacqueline Fernandez. Both are being superb in the film. Jackie is stepping into a role that we want to see him as an audience.

He has a powerful role in the film and he has done wonders. As for Jacqueline, you have to look at the manner in which she has gone about and played her part. She has delivered so well as an

While we wait to see that happen, for now all eyes are on how the two brothers fight it out in the ring and make one recollect the Mahabharata episode of deadly combat between Karan and

Allu Arvind is all praises for Seerat Kapoor…