American singer Halsey, who recently released her studio album 'Manic', reached the sets of The Tonight Show Starring Jimmy Fallon for promotions to talk about her album. 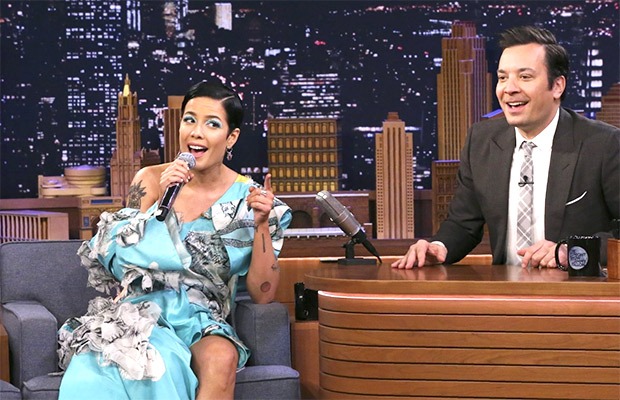 Both Halsey and Jimmy performed Google Translated versions of her song 'Without Me', Madonna's 'Like a Virgin' and the Jackson 5's 'ABC'. They closed it a duet on Backstreet Boys' 'I Want It That Way'.

She further spoke about hosting and being a musical guest on Saturday Night Live, recited 'Graveyard' song in New Jersey accent and even participated in a friendly portrait-drawing contest.

ALSO READ: Halsey says why she resonated with BTS rapper Suga to collaborate with him on her album Manic

Ewan McGregor says he watched The…

To All the Boys: P.S. I Still Love You star…

Halsey says why she resonated with BTS…