After meeting the Kapil's devils in their first look of '83, here comes the backbone of the team 1983, Pankaj Tripathi as PR Man Singh. PR Man Singh, who's famously known as the 'Man Manager', was exceptionally well in his work and led the team in the right direction throughout the victorious journey of the 1983 World Cup. 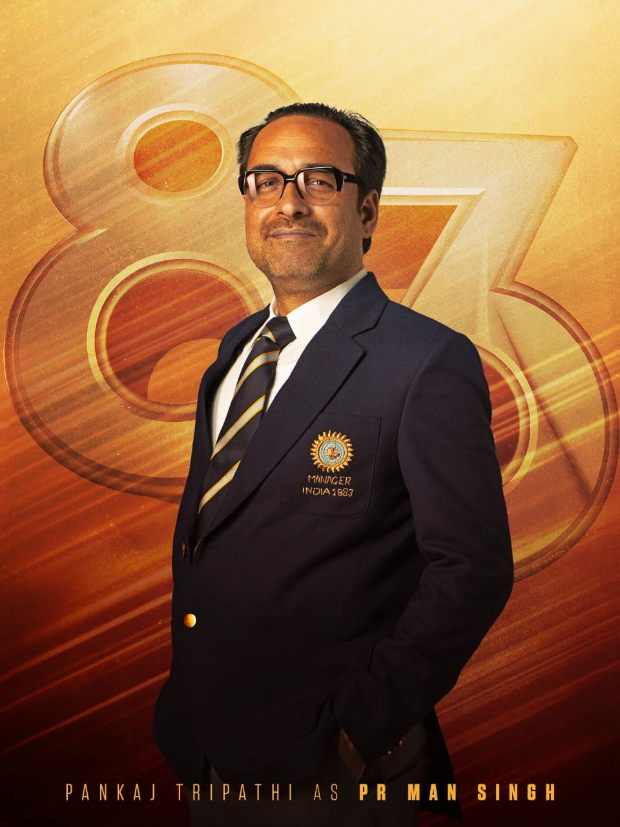 Sharing the first look of Pankaj Tripathi as PR Man Singh the makers took to their social media and wrote, "An amazing player but also the backbone of the Indian Cricket Team! Presenting the 'MAN' Manager, PR Man Singh ????."

The main man Ranveer Singh also took to his social media and posted the first look of Pankaj Tripathi as PR Man Singh, "THE CHIEF !!! His tireless devotion led Kapil’s Devils to the ultimate glory! The Backbone of Team India... The best ‘Man’ Manager of all ! ... Presenting @TripathiiPankaj as PR MAN SINGH ! #ThisIs83."

Touted to be the biggest sports film of all time, '83 is being co-produced by Madhu Mantena, Sajid Nadiadwala and Reliance Entertainment. The movie is based on the victory of the Indian cricket team in the Cricket World Cup 1983 lead by the all-rounder Kapil Dev.  The film is slated to hit the screens on 10th April 2020.

ALSO READ: ’83: Kamal Haasan and Nagarjuna to present the Tamil and Telugu Versions of the Ranveer Singh starrer