Last Updated 07.07.2022 | 12:23 PM IST
feedback language
follow us on
Bollywood Hungama » News » Bollywood Features News » 5 things you did not know about the title track of Gehraiyaan

Nearly 6 years after the release of the film Kapoor & Sons, director Shakun Batra is all set to present his film Gehraiyaan- a film that deals with the subject of infidelity through the life of four individuals. Through the characters played by actors Deepika Padukone, Siddhant Chaturvedi, Ananya Panday, and Dhairya Karwa, the film talks about the complexities of modern-day romance, touching upon themes like infidelity, commitment, and desires. However, showing the complexities of humans on screen in a limited span of time is a tricky affair and that’s where music comes into play to express the moods and thoughts of the characters, giving a deeper understanding that dialogues might not be able to convey. One such song is the title track from the film which has had the audience hooked ever since the makers dropped a part of the song along with the teaser of the film in December. 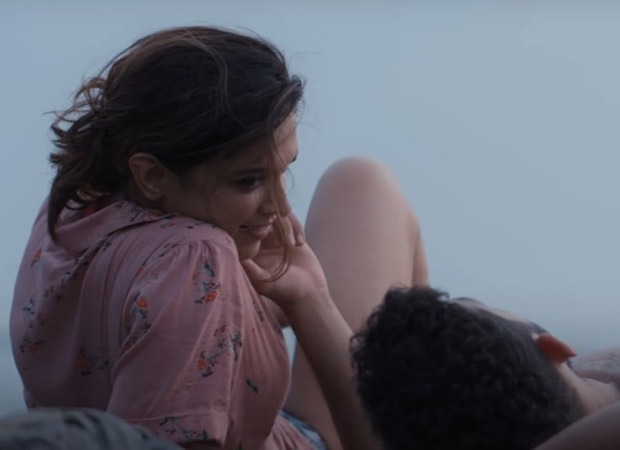 After a long wait, the makers of the film dropped the complete title track of Gehraiyaan and the song has become a complete rage on social media with netizens using the track to express themselves and uploading videos and reels with their rendition of the song. Gehraiyaan title track has been written by Ankur Tewari and sung by Lothika Jha. It has been composed by OAFF and Savera and is a Hindi adaptation of their original song, ‘Frontline’.

However, there are a few other things you might have not known about this song and would find more interesting. Read on:

4) While ‘Frontline’ and ‘Gehraiyaan’ express contrasting emotions, when Shakun Batra heard ‘Frontline’, its theme of feeling hollow inside and feeling broken resonated with him. He felt that is what the characters in his film are going through and with a little tweaking it perfectly fit into the narrative.

5) Ankur Tewari who penned the lyrics for Gehraiyaan title track had sneaked into the Instagram handles of the lead actors to figure out what they listened to. This combined with the characteristics of the characters helped him come up with the song for the title track.

Gehraiyaan will be released on Amazon Prime Video on February 11, 2022.

ALSO READ: From soldier to cricketer to now exploring human complexities in Gehraiyaan, Dhairya Karwa is here to stay