Do you remember that Salman Khan has been caught in the black buck controversy and then drunk and drive case? However, the bad boy reputation seems to have preceded him since his school and college days or at least that’s what his father has confessed. Salim Khan recently appeared on The Kapil Sharma Show along with his three sons, Salman Khan, Arbaaz and Sohail Khan. While there were many anecdotes that were shared, the father also quite interestingly spilled beans on the younger days of his sons when they were just students. 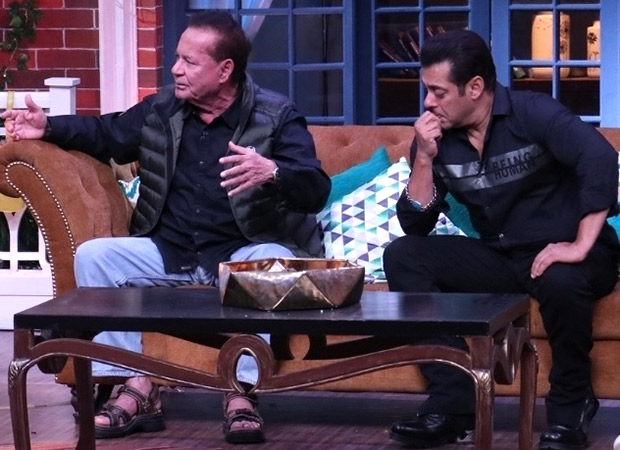 Salim Khan, who is known as one of the most legendary scriptwriters in Bollywood with films like Sholay and Deewar being associated with him, is also the father of the superstar Salman Khan. On the other hand, talking about The Kapil Sharma Show, the revamped version of this show hosted by the comedian Kapil Sharma has kicked off recently in the last week of December. With Salim, Salman Khan and his brothers being one of the first guests on the show, it was filled with many rib tickling moments.

Shocked by the revelation that their father made on national television, the Khan brothers were left quite dumbstruck but soon burst out laughing. Sohail Khan even commented on the same adding, “Sab pol khul rahi hai!”

In fact, a promo of the show featuring Salim Khan talking about the incident is also available on social media. Here’s a glimpse:

Rashami Desai is all smiles as she…