You just can’t take your eyes off from him. Every time he is on the screen debutant Siddhanth Chaturvedi playing the hip-hop musician M C Sher in Zoya Akhtar’s Gully Boy, simply steals the frame from everyone else. Is this what is known as a natural-born scene-stealer? Siddhanth laughs, “I waited for this moment. I held myself back. I didn’t accept any of the earlier roles that came my way before Gully Boy. The impact has been far bigger than I expected. I am getting so many calls and messages. I’m trying to respond to all of them. But it’s getting to be impossible.” 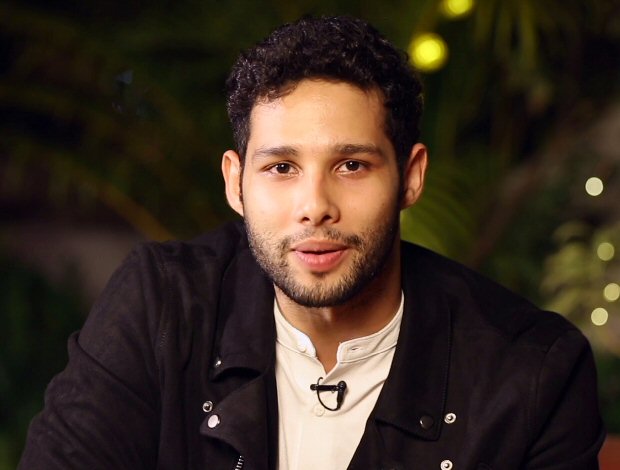 Indeed the impact that Siddhanth has made in Gully Boy is far greater than anything we’ve seen any debutant in recent times. And to think Siddhanth plays the second lead! But no regrets. “I knew what I was getting into. I had waited very long for this. And I knew the team I was working with would take good care of, and they did. It’s really ironical that I mentor Ranveer Singh in Gully Boy because throughout the film he mentored me. Every time I’d do a shot I’d look at him for approval. And he would give me so much confidence. Even now I’m on the phone taking advice from him,” says Siddhath whose life has changed overnight after the release of Gully Boy.

When exactly did he feel the real impact of his stardom? Says Siddhanth, “Well, I couldn’t attend the screening at the Berlin Film Festival because of a torn ligament in my leg. So I missed the excitement of my film’s first screening. But after the release it’s been sheer madness. The attention I am getting is beyond anything I had imagined. I used to dream of stardom from childhood. When I was a child in hometown Nagwa (UP) my father would take me to see every film on Friday.”

He moved to Mumbai, the city of his dream, when he was 6. His chosen profession was acting from the start. “So this moment of my debut is something I’ve imagined for years. But I never thought the response would be over overwhelming. The male and female attention is equally divided. The guys who approach me are like, ‘Bro, we really identify with you.”

Siddhanth had to really bulk up for Gully Boy to look older than Ranveer Singh. “This meant I had to eat all the rich food that I would never touch otherwise. My Mom had her wish for the first time. She fed me all her cooking made in pure ghee. On the sets I’d eat all the rich food while Ranveer and Alia would look away to avoid temptation.”

The newest heart throb in town gained a good 7 kgs for his part on Gully Boy which he is now trying to lose before he begins his next film. “What would be my next? I don’t know. But one thing is for certain. Whatever roles I pick the preparation would be as intense as it has been for Gully Boy. For me there is no point in being an actor if I don’t give a hundred percent of myself,” says the young enthusiastic actor whom Zoya spotted while he was dancing at a party.

Dancing reminds Siddhanth of an ugly incident at a party where an A-list star had snubbed him. “I was dancing as though I was all alone on the floor. I could see this this top star smirking. He probably felt I was trying to attract attention, and he was probably right. I walked up to him and said, ‘You wait for Gully Boy to release. Then we’ll see.’ Luckily for me my career has taken off just the way I thought it would.”

No we will see.