Last Updated 01.12.2022 | 11:23 PM IST
feedback language
follow us on
Bollywood Hungama » News » Bollywood Features News » After Govinda’s wife Sunita Ahuja fails to answer a question about her lipstick hue, she tells him to “kiss me and find out.”

On Sunday's episode of The Kapil Sharma Show, Govinda and his wife, Sunita Ahuja, were the guests. In one section, host Kapil Sharma put Govinda to the test by asking him how much he knew about Sunita's appearance. 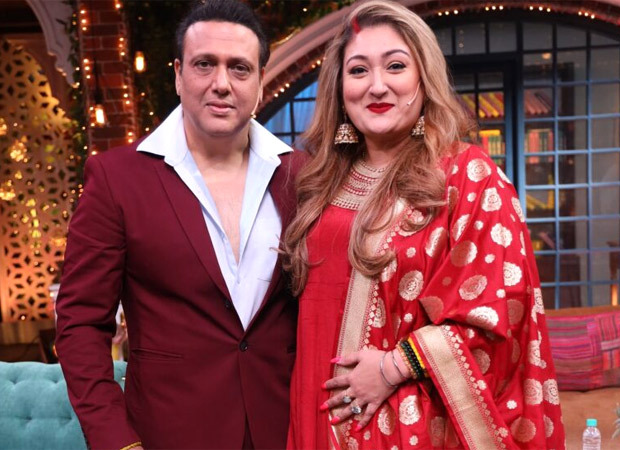 After Govinda’s wife Sunita Ahuja fails to answer a question about her lipstick hue, she tells him to “kiss me and find out.”

Govinda was asked about the colour of Sunita's earrings by Kapil, but he deflected the topic by singing, "Tere chehre se nazar nahi hatti, nazaare tum kya dekhein."

Sunita complained to Kapil that Govinda was "unromantic" after he failed to answer a question regarding the colour of her nail paint.Kapil then inquired about Sunita's lipstick colour with Govinda. Govinda broke out laughing and immediately assumed Sunita's lipstick was red.

“Lal, hi hai? aaja choom ke dekh le, beta (It's red? Sunita said, “Kiss me and find out).” Govinda thought her lipstick was red even after looking at her, but she corrected him by saying it was a nude shade.

Govinda said, “Maine usme kabhi pada bhi nahi hai, mujhe iske honth se matlab hai (I never got into all that, I only care about her lips)

Govinda and Sunita married in 1987, and they have two children, Tina and Yashvardhan. In the presence of their close friends, they repeated their wedding vows in London on their 25th anniversary.