Comedy-drama Good Newwz, starring Akshay Kumar, Kareena Kapoor Khan, Diljit Dosanjh, and Kiara Advani, promises to add laughter to this festive season. The Raj Mehta directorial has piqued viewers’ interest ever since it was announced. The makers released a new trailer a few days ago, unraveling more fun moments from the movie. The quirky film promises to offer a fine blend of entertainment and emotions. 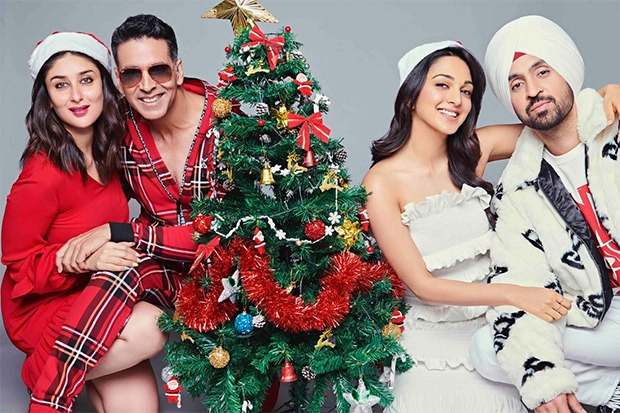 While speaking about Christmas, Santa Claus is the first thing that comes to mind. Ask the star cast of the film what they would want from Santa, Akshay says, "By the grace of God, I have everything and I’m very grateful for it. If I had to ask Santa for a gift, it would be to help us make the audience smile with Good Newwz and spread love and cheer."

Kareena Kapoor Khan adds, "I would like to ask Santa for happiness, peace, and joy for all. And, as our film is also about to release now, I hope that it becomes a blockbuster."

Kiara Advani says, "Let there be lots and lots of happiness just like it was in 2019. Also, I would ask for films, more films, and blockbusters!"

Diljit Dosanjh further adds, "This Christmas, I hope Santa gives us a lot of good news and our film Good Newwz makes people happy and it receives appreciation from all. I also wish everyone happiness and love."

ALSO READ: Akshay Kumar says Kareena Kapoor Khan is like wine, gets better with every year