By now we all know that Arshad Warsi will soon be seen sharing screen space with, Saurabh Shukla and Sara Loren in the film Fraud Saiyaan. In the run up to the film’s release the cast of Fraud Saiyaan who are busy promoting the film in the capital, met the army jawans at their camp. They interacted with everyone and also shared some light hearted moments which made everyone laugh out loud. 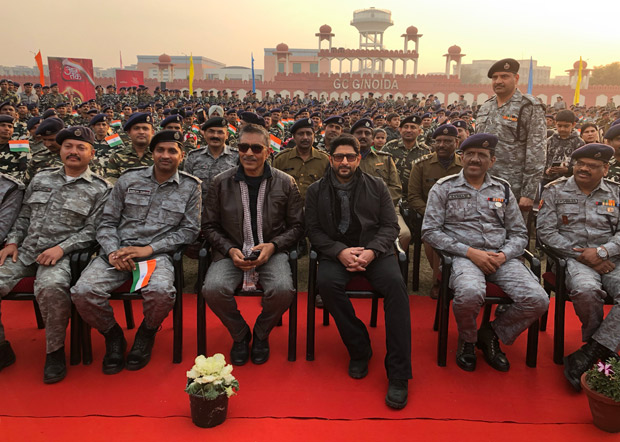 The song from the movie ‘Chamma Chamma’ is so popular among the jawans that they shook a leg with Arshad on the song. Prakash Jha Productions present a Drama King Entertainment production, Fraud Saiyaan. 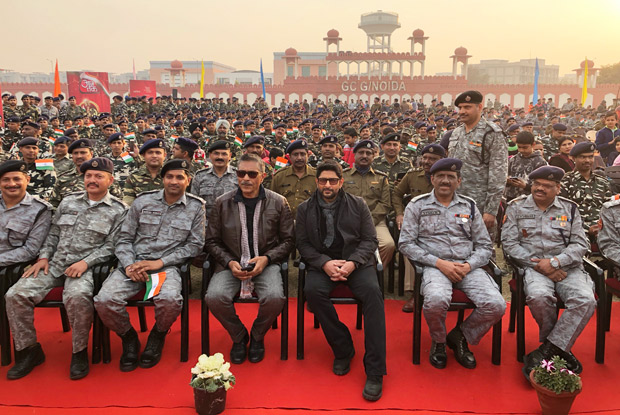 Produced by Disha Prakash Jha & Kanishk Gangwal, the film is directed by Sourabh Shrivastava, and starring Arshad Warsi, Saurabh Shukla and Sara Loren. It will hit the silver screen on January 18, 2019.