Even after 17 years of its release, we can still recall the grandeur and the visual delight that Sanjay Leela Bhansali’s Devdas was! With a stellar cast like Shah Rukh Khan, Aishwarya Rai Bachchan and Madhuri Dixit leading the film, it went to places and brought international fame to Indian cinema. Despite the fact that it released 17 years ago, the memory of the film is still fresh in our minds and it is no different for the cast and crew who worked on the film. Ishika Mohan Motwane, who is the wife of filmmaker Vikramaditya Motwane, recently decided to share some unseen behind the scenes photos of the film Devdas earlier this weekend. 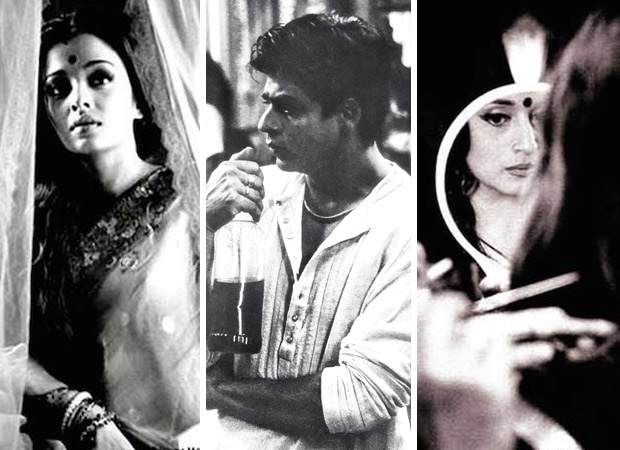 Ishika Mohan Motwane and Vikramaditya Motwane were seen celebrating the release of Devdas as the film completes 17 years this year. The couple shared some unseen BTS photos of the film and needless to say it captured the attention of everyone on Twitter. These photos featured some beautiful clicks of Devdas, Paro and Chandramukhi depicting their characters and their intensity. Needless to say, fans of Shah Rukh Khan, Aishwarya Rai and Madhuri Dixit are rejoicing the same and are captivated by its beauty. From monochrome to colourful images, here’s a look at the posts shared by them.

This is so hard but so right!
I couldn’t keep ????.@iamsrk I’ve always said it’s magic working with you:).
Correction-the image below was shot by @VikramMotwane
We fight about who is a better photographer. But I’ll take your word for it ❤️
The ones below are some of mine. ????. https://t.co/YC7V8Yke7i pic.twitter.com/xG4SCd9BIA

Devdas also starred Jackie Shroff, Kirron Kher, Smita Jaykar, Ananya Khare, Milind Gunaji in pivotal roles and the film was raved by critics and masses alike. The film, based on the Sarat Chandra Chattopadhyay novel by the same name, also received many applauds in film festivals. It released on 12 July, 2002.