While we’re grateful for the paparazzi for giving us every single update about our favorite celebrities, they tend to get a little stubborn when it comes to getting their pictures. Sharing a love-hate relationship with the celebs, they tend to lose their cool at times and here’s a compilation of the times when celebs like Salman Khan, Alia Bhatt, Rishi Kapoor, Sanjay Dutt, and Jaya Bachchan have gotten in a rift with the paparazzi. 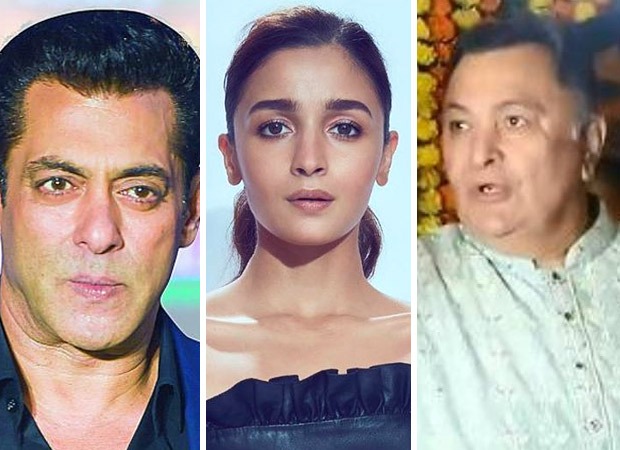 Flashback Friday: When celebs like Salman Khan, Alia Bhatt, Rishi Kapoor got annoyed by the paparazzi

Salman Khan has always been the one to joke around whenever possible but the entire fraternity knows not to get on his bad side. All hell tends to break loose when he loses his cool and at the launch of Bigg Boss 13, a photographer blocked the actor’s way. This did not go well with the star and he even asked them to ban him if it’s a problem for them.

Attending an event in a hospital on October 2, Alia Bhatt got irritated when the paps couldn’t maintain a decorum in the hospital. She repeatedly asked them to keep their voices down and respect that they’re in a hospital. Asking them to back up a little Alia agreed to pose if they would lower their voices.

We’ve seen in the past how Rishi Kapoor dislikes the invasive nature of the paparazzi. Attending Ekta Kapoor’s Diwali bash, Rishi Kapoor was seen yet again getting in a spat with the paparazzi when they couldn’t keep their voices down. He said that the name of the film fraternity shouldn’t be tarnished and asked them to keep it down being the senior member of the society.

Sanjay Dutt has always put his best behavior forward at all times whenever he’s attending social events. He agrees to pose for pictures with his fellow celebs and has never really engaged in an argument. However, this one time at a party, Sanjay Dutt got really mad at the paparazzi and was seen hurling abuses at them.

Being one of the senior actors in the industry, Jaya Bachchan lost her temper when the paparazzi addressed Aishwarya Rai Bachchan as ‘Aish’. Considering it really disrespectful, Jaya Bachchan gave the photog a piece of her mind to them.

What do you think of these outbursts of some of your favorite celebrities? Be sure to let us know.

Also Read: Shah Rukh Khan’s next with Atlee Kumar to require an NOC from Sajid Nadiadwala?