Salman Khan has been convicted of killing two blackbucks in Jodhpur while shooting Hum Saath Saath Hain in 1998. His co-stars Tabu, Sonali Bendre, Saif Ali Khan among others were acquitted by the court. Judge sentenced Salman to five years of jail in a landmark judgement which has led to polarised reactions amongst the masses. Just a few minutes ago, Salman was escorted to Jodhpur Central Jail and locked up in a cell. The same jail houses Asaram Bapu. While Salman’s counsel is preparing for his bail, it is heart breaking to see Bollywood’s Bhai all locked up inside the cell. Take a look at his pictures. Looks like, there is no special treatment given to him yet. 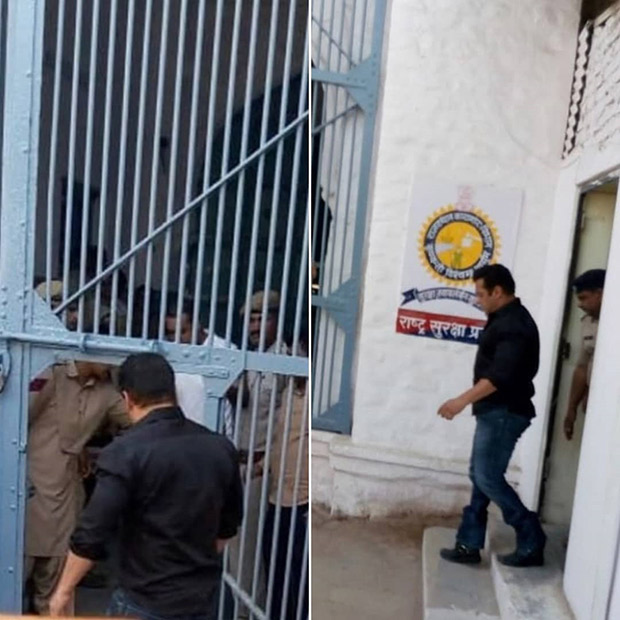 Apart from five years, Salman also has to pay the fine of Rs. 10, 000. Salman’s lawyer told the press, “We will appeal for suspension of sentence to the Sessions Court judge. We will inform the court about the threats Salman Khan has received from Jail.” Meanwhile, the Bishnoi community who pressed charges against the Race 3 actor burst crackers and celebrate post-conviction of him. His lawyer wanted to appeal for bail today but he cannot move bail application in Sessions Court. Hearing on the bail plea will take place tomorrow since other cases are pending and are being heard in the court right now. Alvira Agnihotri and Arpita Khan broke down in tears while the judge announced Salman’s conviction. It is reported that even Salman’s eyes welled up at the prospect of going to jail.

A lot of money is riding on Salman Khan as Race 3, Bharat and Dabangg 3 are underway. Log on to Bollywood Hungama for all the details about the case.