Sonakshi Sinha is all set to recreate Helen’s iconic track ‘Mungda’ for Indra Kumar’s upcoming film, Total Dhamaal. The actress will be seen shaking a leg for this special number. After the song was finalised the makers wanted a fantastic dancer who could match Helen’s moves. Indra Kumar shared, “Helenji, is a legend, but I thought Sonakshi is the right girl for it.” 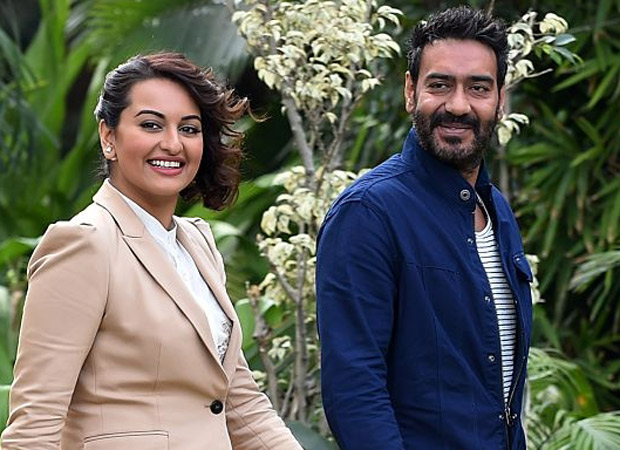 Sonakshi Sinha who is very excited about doing the song shares, “Indraji was sure that he wanted only me for it. When I heard it for the first time, my instant response was, ‘I want to do this!’ It has the potential of becoming a chartbuster again. They are shooting it on a lavish scale, making everything larger than-life, and I would love to be a part of that vision. We start shooting early next week, I’m super excited!”

Sharing details of the shoot, Indra Kumar reveals that the film will wrap up with the song. The director further adds, “We had saved this song for the end of the shoot. We begin filming on August 26 and it will go on for four days. We have roped in a new music director duo, Gaurav-Roshan, to recreate the song which will be choreographed by Adil Shaikh. The old song was a big hit so it’s a huge responsibility on Sonakshi’s shoulders and mine too. We have picked up an iconic song now we have to deliver.”

The actress has already begun rehearsals and Ajay enters midway through, so the song is a duet towards the end. The duo will start shooting for the song this Sunday. Sonakshi is happy to reunite with Ajay with whom she was paired in Son of Sardaar but rues that she will miss working with Anil Kapoor and Madhuri Dixit. She says she enjoys featuring in special appearance songs as they give her an opportunity to groove to these peppy tracks which she enjoys as a performer.