Three days ago, we had reported that Nandamuri Balakrishna, Vidya Balan and Rana Daggubati are coming together for a biopic on NTR, Nandamuri Taraka Rama Rao. And now, the makers have even gone ahead and unveiled the first look of the film. It features NTR’s son and renowned actor Nandamuri Balakrishna sporting the veteran’s look. 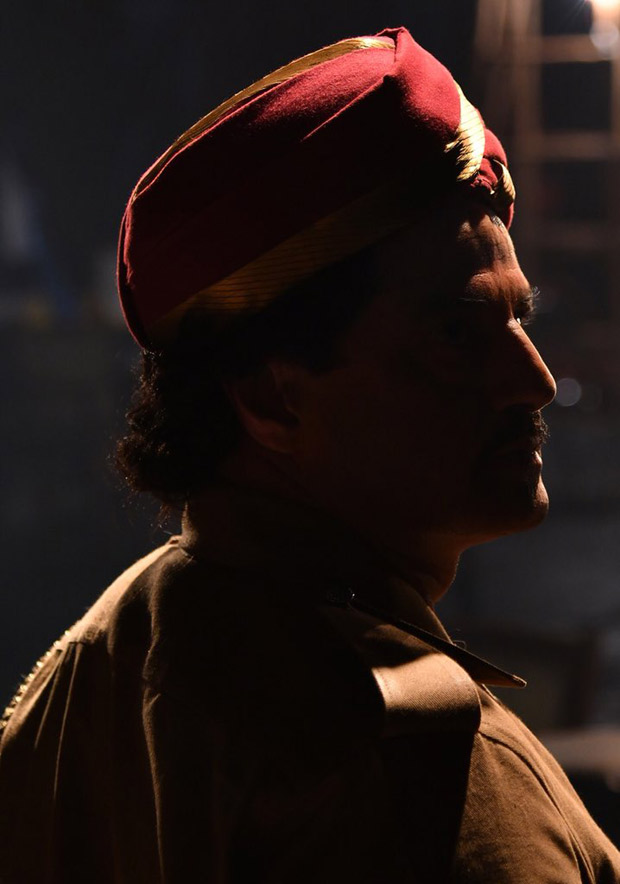 The first look of NTR features Nandamuri Balakrishna sporting the look of his father from the latter’s debut film Mana Desam. Mana Desam features NT Rama Rao in the lead role of a policeman and sporting a similar uniform is Balakrishna. What is even more surprising is the uncanny resemblance between the father and the son. While the first look also gives a glimpse of the extensive research the team is undertaking, it also showcases that Balakrishna is perfectly suited to play his father.

On the other hand, it was earlier revealed that Vidya Balan will play the role of NTR’s wife Basavatarakam. And now after the first look of NTR, we are eagerly awaiting to see the Bollywood actress sporting his wife’s look too! Besides her, Bahubali star, Rana Daggubati will play Andhra Pradesh Chief Minister Chandrababu Naidu. Besides them, Jisshu Sengupta will make his South debut with NTR which will feature him in the role of L V Prasad.

Let us remind you that the celebrated filmmaker L V Prasad was the one who launched NTR with the film Mana Desam that released in 1949.

Speaking of NTR, Vice President M Venkaiah Naidu launched the biopic in Hyderabad a few days ago. The actors are expected to kick off the film this week.

Krish, who is busy directing Manikarnika – The Queen of Jhansi starring Kangana Ranaut in Bollywood, will be directing NTR.  If reports are to be believed actors like Paresh Rawal, Naga Chaitanya, Mahesh Babu and Keerthy Suresh have been approached to essay some pivotal roles in the film.