With every project, Divya Dutta proves the versatility and diversity that she is capable of as an actor. Her intriguing first look from the upcoming film Dhaakad takes it a notch higher. After revealing the look of Kangana Ranaut as Agent Agni and Arjun Rampal as Rudraveer, the makers of the spy action thriller unveiled Divya's character in the film. 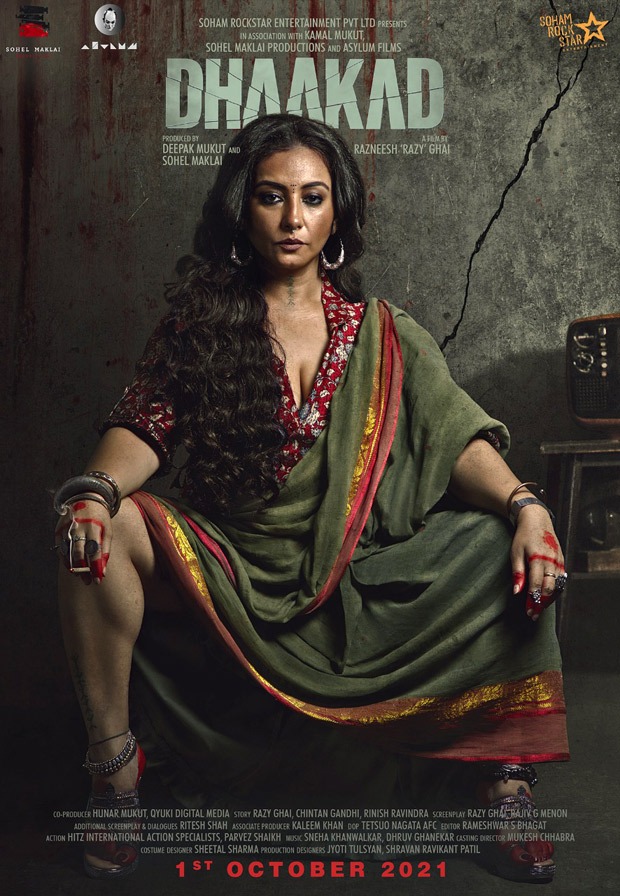 She is seen in a rustic look, wearing a handloom sari teamed with a shirt blouse. The look is accentuated by oxidized silver accessories on the hand and feet, which are further decorated with Alta. On one hand, there is a cigarette with smoke. Her unflinching stance in the poster suggests she essays a character that is ruthless and badass in every way. While Divya has essayed a melange of characters -- demure, sweet, shrewd, smart, and more -- in a career of over two decades, this is the first time that she has taken on a role of this nature.

Talking about the role, Divya says, “When I was narrated the part, it got me very excited. This is something that I have not done before and the character is completely different from how I am as a person. I cannot reveal much about my character but all I can say is that to get into the skin of Rohini, it took a lot of focus and preparation mentally as well. I am looking forward to working with Kangana and Arjun and I am truly exhilarated to be a part of a woman-oriented action film. I am sure that Dhaakad will set a trend.”

Dhaakad is directed by Razneesh Ghai and produced by Deepak Mukut and Sohel Maklai. Presented by Soham Rockstar Entertainment Pvt Ltd in association with Kamal Mukut, Sohel Maklai Productions, and Asylum films. It is set to release on October 1.

ALSO READ: Arjun Rampal looks dapper as a villain in a never seen before avatar in Kangana Ranaut starrer Dhaakad