While last we heard about Athiya Shetty doing a film called Hope Solo on football, here’s a glimpse of the actress from the film Nawabzaade. After Varun Dhawan and Shraddha Kapoor, this Hero actress will be seen performing a special number in the Remo D’Souza co-production. In fact, here’s a sneak peek of her number ‘Tere Naal Nachna’ with rapper Badshah. 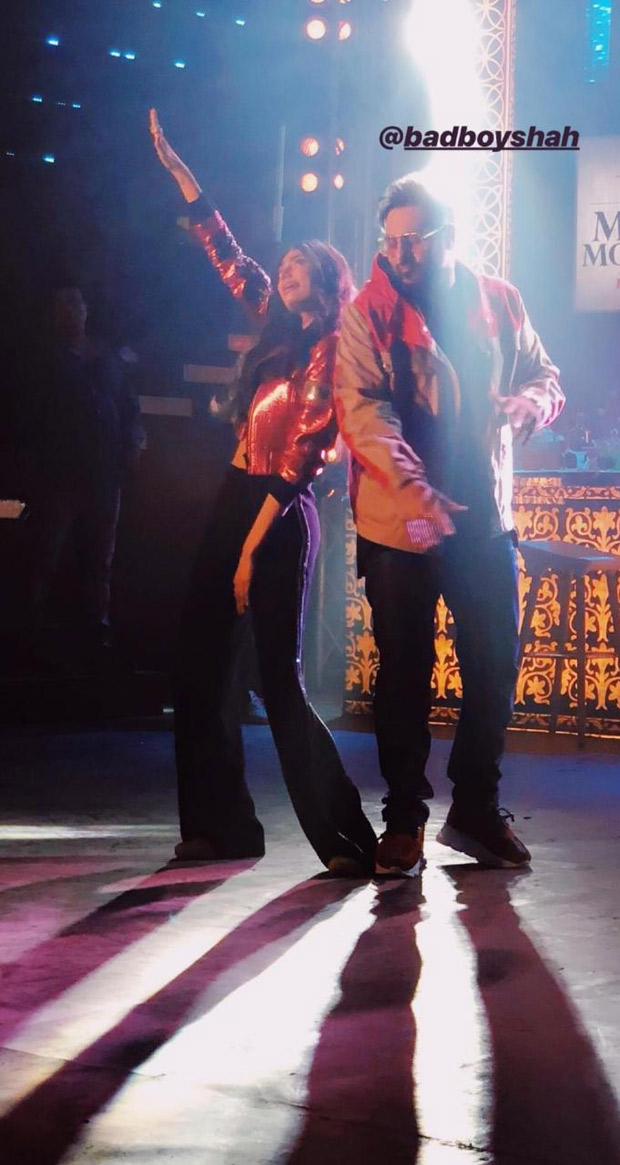 Athiya Shetty will be seen performing with the leading men of Nawabzaade which includes prominent dancers like Punit Pathak, Dharmesh Yelande and Raghav Juyal. While earlier it was ‘High Rated Gabru’, this time it will be all about ‘Tere Naal Nachna’. Remo, who has choreographed this song, stated that they were looking out for someone to feature in a club number for the film and they found that Athiya fits the bill perfectly.

The talented actress has collaborated with ace rapper Badshah for an electrifying dance number that was shot last week at a studio in Mumbai. Composed, sung and written by Badshah, the track is titled ‘Tere Naal Nachna’ and produced by Bhushan Kumar. Touted be a chartbuster, Athiya will be seen grooving with the rapper and the three leads of the film — Dharmesh Ingle, Punit J Pathak and Raghav.

Athiya confirms, “I am a huge fan of Badshah and was kicked to know that we’d be working together. It was great fun shooting for the song and I hope it reflects on the screen. Remo sir is one of the nicest people to work with; he brings such a positive energy to the sets”.

A glimpse of the said track was shared on social media a few hours ago. Athiya Shetty, Badshah, Dharmesh Yelande, Punit Pathak and Raghav Juyal shot for the song last week at a suburban studio in Mumbai. Directed by Jayesh Pradhan, the release date of the film is yet to be revealed.

On the other hand, Athiya Shetty is busy with her film Hope Solo which is a sports biopic based on the life of Kashmiri footballer Afshan Ashiq. It will be directed by Manish Harishankar.

Also Read: Athiya Shetty to play a FOOTBALLER in her next and here are the details!