Smriti Irani may as of today be seen less in television serials and more in parliament but that certainly hasn’t affected her equation with the entertainment industry. In fact, just recently it seems that Smriti and her husband Zubin Irani caught up with Shah Rukh Khan who incidentally is a childhood friend of Zubin. 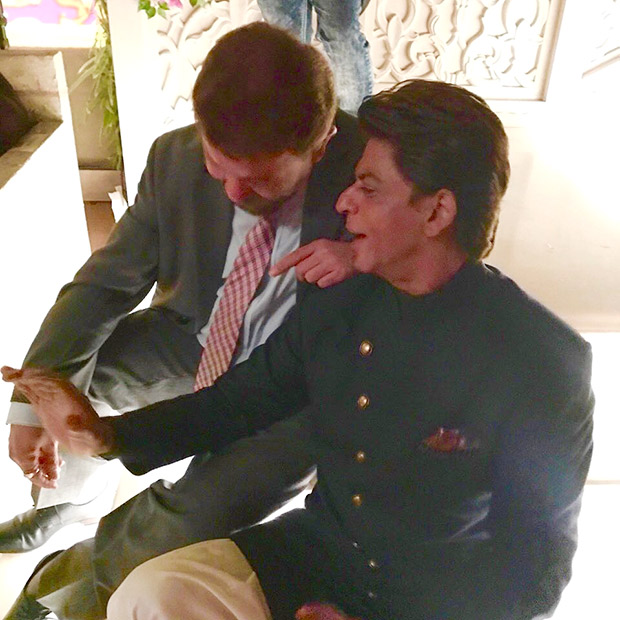 But it wasn’t just their meeting that has caught everyone’s attention instead it is the caption that Union Cabinet Minister of Textiles used on her social networking profile that did. Sharing an image of Shah Rukh Khan and Zubin Irani deep in conversation, Smriti took to Instagram adding, “#and they say only women gossip ????????@iamzfi @iamsrk ????‍♂”. By the looks of the image, we guess Shah Rukh Khan and Zubin were certainly catching up on the good times whilst remembering the days past.

Back on the work front, Shah Rukh Khan will next be seen in the Aanand L Rai film Zero. Slated to release in December the film will see Khan sharing screen space with Katrina Kaif and Anushka Sharma. The actor is also said to have signed Salute, which was earlier supposed to feature Aamir Khan in the lead. The film is said to be a biopic on astronaut Rakesh Sharma.