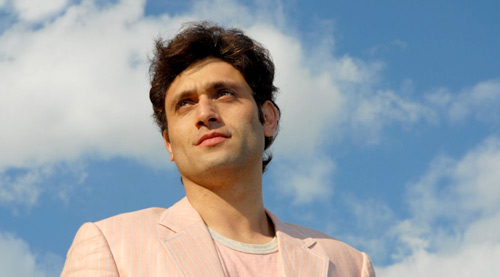 The title of Anees Bazmee's new hit Welcome Back could well be referring to Shiney Ahuja's return to acting after the hellish tryst with the law.

Shiney can't thank Anees enough for giving the actor a second lease of life in the movies.

"Anees has a very large heart. He gave me a chance in such a big film at a time when not too many filmmakers were willing to sign me on. Aneesbhai made it very clear that my role was not a very lengthy one. But all my scenes were with the great Naseeruddin Shah and that was incentive enough for me to welcome the chance to get back into acting."

The actor who says he has been to hell and back refutes all rumours of co-actors during Welcome Back keeping a distance from him. "No such thing happened. Everyone was very welcoming and warm. I admit I was very apprehensive when I joined the team. I went on location after doing my prayers and meditation. Ready to encounter any eventuality. I was going through that phase when I felt everything I said could and would be held against me. I would measure every sentence before uttering it. To put it mildly, it wasn't easy for me."

Luckily, the cast and crew were very warm and Shiney enjoyed his role of a gangster's petulant son. "I see my character Honey as a spoilt brat. When Anees told me he is a Don's rich and wayward son, I asked my director, â€˜The Don has killed many people. But how many people has his son killed?' My character Honey is not dangerous at all. He wouldn't hurt a fly. He is just a pampered overgrown child who wants what he wants and gets it anyhow."

Shiney sees Welcome Back as good resumption. "It's a successful film. And success at this point in my life is very important."

Shiney Ahuja is now trying to find his bearing again in Bollywood. "I don't socialize much. What's there to say in parties when I am not doing any work? So far, I've not really gone out and met directors and producers, to let them know I'm keen on offers. I will now do that."

He feels like he's just starting out. "I feel I'm a newcomer all over again. It feels exactly the way it did when I made my debut in Hazaaron Khwaishein Aisi. The film was a massive critical success. And I went around recommending the film to everyone. But not enough people saw the film on release. My journey with Welcome Back is just the opposite. The critics may not think that highly of it. But the audience loves it. There's applause from the audience after every dialogue. It's music to my ears."

Shiney is quickly getting back his confidence. "My old friends Sudhir Mishra, Anurag Basu and Pritish Nandy are there for me. The other day I ran into Sajid Nadiadwala, and he was very nice to me."

Shiney feels he is born anew. "I feel life has given me a second chance. If it wasn't for my wife Anupam and daughter and my family, I wouldn't have been able to endure what I went through. My wife has been a pillar of strength. As for my daughter, every time I look at her face, I feel hope and joy in my heart. I am ready for my second innings."