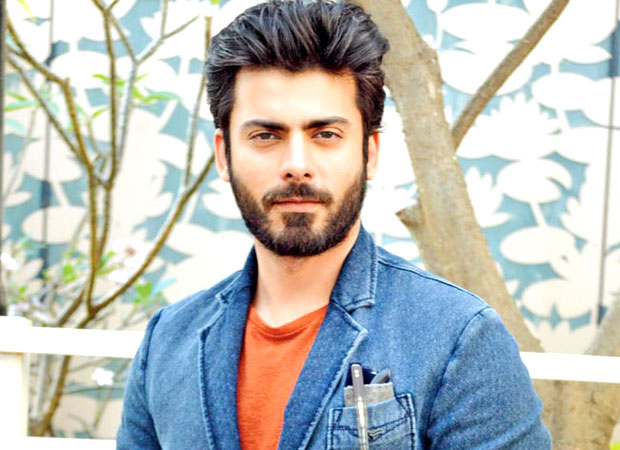 Where is Fawad Khan?

Well, that's a question many of his fans in India have been asking ever since the Pakistani star-actor was seen on the big screen exactly a year back in Ae Dil Hai Mushkil. While one waits for his next big Bollywood flick, guess the actor has been making his presence felt in a big way out there in his home country. He has already been shooting for his next Pakistani film Maula Jatt and what makes the film further special is the fact that it is a reboot of namesake Pakistani cult classic which was released back in 1979.

"The film is special since it is the biggest and the most expensive film ever in the history of Pakistani film industry," informs our source, "However, as is the case with the biggest of the lot, Maula Jatt too hasn't been without its share of troubles. Sarwar Bhatti, producer of the original Maula Jatt, has sent warning letters to Fawad and other cast members for being part of this project. He has also issued legal notices to the director Bilal Lashari, producer Ammara Hikmat and the writer Nasir Adeeb."

Sarwar Bhatti claims that he owns the rights to characters. On the other hand writer Naseer, who is the creator of this character, has written eight films for various directors and producers back in 70s and 80s.

"Sarwar Bhatti took this step after various failed attempts to get involved with this project," our source continues, "The drastic step was further triggered when Nasir Adeeb spoke in an interview about the selling of Maula Jatt rights to Bilal Lashari and Ammara Hikmat."

While Fawad has been continuing to work on the film with a business-as-usual approach, so are his co-stars. As for the makers, they are deciding to resolve it in court. Says the film's producer, Ammara Hikmat, "The malicious claims made by Sarwar Bhatti are false and frivolous. Instead of commenting on this matter in media, we will resolve it in court."

Though one waits for the issue to be resolved, the film is aiming for release by the middle of 2018. So the million dollar question is, will Indian audiences get to see Fawad in action with this film?

"Well, unfortunately Pakistani films do not release in India. However, it would be the biggest ever in Pakistan. As for his fans from his sub-continent, they would be able to enjoy it abroad for sure since the film would be seeing a major release in UAE, U.S.A., U.K. and Australia amongst other countries. Moreover, digital medium has shrunk the world further. Director Bilal Lashari's Waar is already on online streaming medium. Same is the case with many TV serials that Fawad has done over the years. Their Maula Jatt would be there for all to see as well."

We look forward to that.

Sonam Kapoor CONFESSES that she had to get…